The Rehearsal for Truth theater festival introduces the SPRING WEEKEND – a series
of contemporary European stage readings. This full length production of Herta Muller’s I Hope I Wouldn’t Meet Myself Today takes place on May 11th at 8pm. As an actress, Simona Maicanescu has performed in diverse rolls, including Viola in Twelfth Night and Solange in The Maids. She has worked in both Romania and France under directors Sanda Manu, Càtàlina Buzoianu, Silviu Purcàrete, Lucian Pintilie, Andrei Serban, Tompa Gabor, Sandu Dabija. She has recently branched out into a new realms as both playwright and translator with her adaptation of Herta Muller’s book, The Appointment, entitled I Hope I wouldn’t Meet Myself Today. She has a Masters degree from the Bucharest Academy of Arts. 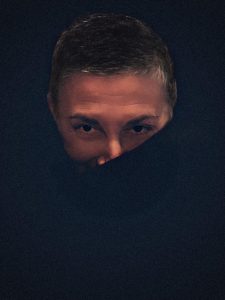 Herta Muller is recipient of the Nobel Prize. The performance Hoped I Wouldn’t Meet Myself Today is a dramatization of her book which was translated into English with the title The Appointment. Muller’s story revolves around a Romanian worker who is terrorized by the Ceausescu`s Securitate.

The play is set in Eastern Europe before the fall of the Berlin Wall where Lili works in a Romanian factory making fine men’s overcoats for export to Italy. Her love life is a mess-she has a live-in male friend who spends all of his time and most of her money drinking the day away. Lili also has a secret; she inserts notes which say “Marry me!” and include her name and address into the linings of the coats she sews. When her notes are discovered, Lili knows she could face unemployment or even imprisonment. She is summoned to the inspector’s office to receive the verdict. But the inspector takes a personal interest in her case; that is, he takes a personal interest in her.

What/who was the inspiration for the creation of this play?
Some years ago, after having performed at La Ma Ma theatre – for 2 weeks in a row – The Fever, written by Wallace Shawn and directed by another playwright and brilliant director, Lars Norén, I was invited to come back whenever I’d find a new idea on an European author. It took me some good years of reading and work into discovering the rare pearl: one of Herta Müller’s novels-2009’ Literature Nobel Prize.

Why do you think the work aligns strongly with the theme of Rehearsal for Truth?
The adaptation of her novel has become an hymn dedicated to survival, and dignity, friendship, love… In short, to life! Ms. Müller’s story is an unforgiving blade that penetrates the abyssal depths of our consciousness; haunted by the ghosts of the past, it does not allow us to forget, nor to make the same mistakes again. A proof that happiness and freedom only exist inside oneself, and that ‘the sky doesn’t end in front of the border guards’, this story is both a consciousness wake up call and a lesson not-to-be-skipped if we want our society to thrive in the new millennium.

What is the core political issue you are grappling with in the play?
I dare to believe I’ve given my answer just before.

Who are your mentors? Where do you draw inspiration from to create your work?
Pina Bausch; Richard Schechner, Jerzy Grotowski, Thomas Ostermeier, Patrice Chéreau… Inspiration… is a day by day work. Tiny gestures or actions from banal people that become huge in a vast world.

What is your process when you write your play? Do you write it over a period of time, or in a condensed time frame? How many hours a day do you dedicate to creating your work?
I’m not a writer. Just a humble performer who tries her best on stage, to give back to the audience the writer’s body and soul.

What Theater Companies/Performers/Playwrights do you like in Europe or abroad?
Pina Bausch’s Company, Lars Norén, Thomas Ostermeier, Cheek by Jowl and Declan Donnellan, Maguy Marin…

How would you describe the theater industry in your country?
Long story short: there was a time, after the fall of communism when people watched day and night TV. Now, they are back in theaters. There are so many theaters writing on their websites SOLD OUT.People will always need stories. Good stories: old ones and new ones mostly. Curiosity touches both sides: subsidized and private theater.

Why do you think an audience should see this work?
Why else should I disturb people to see me standing in the spotlight if not to tell a story that must not be forgotten?

The Rehearsal for Truth theater festival, honoring Vaclav Havel presents Spring Weekend. It is a showcase of emerging Czech, Hungarian, Polish, Romanian and Slovak playwrights whose work reflects on current social and political issues. The plays have been translated into English and feature local New York performers and directors who will have the opportunity to try out these works onstage as part of the European Month of Culture. The program will include a full Romanian production as well.

The program is organized by the Vaclav Havel Library Foundation and the Bohemian Benevolent and Literary Association, in collaboration with the Consulate General of the Czech Republic, Consulate General of Slovakia, the Polish Cultural Institute, the Romanian Cultural Institute, and Untitled Theater Company #61. The program is supported in part by public funds from the New York City Department of Cultural Affairs in partnership with the City Council.