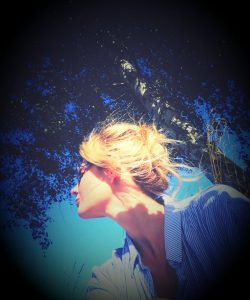 In Puppenhaus.Treatment, playwright Magda Fertacz, examines the issues of treason and collaborationism from the perspective of alternative codes of memory: “Traitors to the country,” “collaborators,” and “renegades,” are World War II figures that have re-entered the national and political discourse of today. By constructing a theatrical fantasy about wartime, the artists are asking questions about the stigmatization, punishment and judgment of individuals who, for a variety of reasons, renounce heroism and refuse to fight and make sacrifices for their country. How is historical memory and moral evaluation of past choices and actions constructed? What are the limits of interpreting and fantasizing about history charged with trauma and heroism? How can collective memory be healed?

Magda Fertacz was born in 1975. She is a playwright, screenwriter and interior designer. She made her debut as a playwright with the play, Dust, staged at the National Theater in Warsaw by Anna Trojanowska, which earned a distinction in the Radom Odważny contest in 2005. She is also the winner of the Gdynia Drama Award and the competition at the Polish Contemporary Art Exhibition. Magda Fertacz is a graduate of the College of Communication and Social Media and the Department of Journalism of the University of Warsaw.

Zishan (Zisan) Ugurlu has worked extensively both in New York and abroad as a theater artist since 1995. She is an actress and director-in-residence at La MaMa and Great Jones Repertory Company. She has performed in numerous productions with Great Jones Repertory Company, including Panoramadirected by Italian company Motus as part of The Under The Radar Festival 2018. Panorama presented in Italy, Belgium, and Spain. She is currently working on two directing projects: Music Room is about the prison system and will be performed by formerly incarcerated individuals and Fragments, Lists & Lacuna written by Alexandra Chasin, featuring Judith Butler and will be presented at New York Live Arts. She was recently awarded “Best Direction” for Yu Ling Wu’s solo performance Dream American by the United Solo Festival 2018. Her recent directing credits include Measure for Measure (in Turkish) by William Shakespeare, Agamemnon (in Greek) by Aeschylus, Not About Nightingales by Tennessee Williams, She Talks to Beethoven by Adrienne Kennedy, The Judith of Shimoda by Bertolt Brecht, π-ROJECT (in Greek) based on The Persians by Aeschylus, Purge by Sofi Oksanen, The Realm of Darkness by Leo Tolstoy, Baghdadi Bath (in Arabic) by Jawad Al Assadi, The Father by August Strindberg, Temptation by Vaclav Havel, Blood on the Cat’s Neck by Rainer W. Fassbinder, The Last Supper by Lars Norèn, Operetta by Witold Gombrowicz, Until the Next Whirl by Rumi. She is the founding artistic director of “Actors without Borders-ITONY” . She graduated from Columbia University with a MFA degree and holds a Ph.D. She is as an Associate Professor at Lang College The New School University. She is the recipient of the prestigious Fox Foundation Fellowship granted by Theater Communications Group.

>> Free and open to the public. RSVP required. Read more and get your free ticket at Eventbrite