Woman Alone unveils the story of Maria and the elements of her domestic life that entrap her. She grapples to cope with the pressure of her crazy father-in-law while raising a baby and dealing with a voyeuristic neighbor. Will Maria, an embodiment of physically, verbally or non-verbally abused women, find the courage to escape?

“Maria, the unique character of this monologue play is the exponent of 2000 years of ignorance and injustice. I am not necessarily a feminist, but I am a promoter of gender equality, of everyone’s right to be master of her or his body and actions. This text proposes a situation, a reason, a pretext, a cry of hundreds of generations of women.” (Daniel Grigore-Simion)

Woman Alone (1977) is presented at the 2019 Rehearsal for Truth Theater Festival with the support of Romanian Cultural Institute. It will be performed in Romanian with English supertitles, followed by talkback with actress Andreea Bibiri lead by Dorian Branea, Director of Romanian Cultural Institute. Afterparty reception will take place at Bohemian National Hall’s Ballroom Bar.

Andreea Bibiri (b. 1975 in Bucharest) was educated at the Academy of Theater and Film IL Caragiale in Bucharest and received further training at the Summer School of the Union of European Theaters (1999), in the Bochum, Shakespeare Workshop with Bruce Meyers in Santiago de Compostella (1998) and at the Meeting of Theater Schools and Theater Academies, Caracas in Venezuela (1993). Bibiri appeared in numerous productions, including the TV drama In Treatment (2011-12) and the films About Man and Snails (2012) and King Lear (2008). Andreea Bibiri received the Award for Best Female Performance at the National Comedy Festival (2017) for Woman Alone.

Dario Fo (1926-2016) and Franca Rame (1929-2013) were Italian husband-and-wife playwrights. Throughout their career, the couple captured the hearts and minds of many Italians with their irreverent, piercing political satire performed for stage, radio and television. Fo and Rame’s most famous play, the controversial Accidental Death of an Anarchist (1970), challenged Italy’s 1970 establishment, while their Mistero Buffo (1969) retold the Gospels through a series of farces, an impertinence criticized by the Vatican. Fo won the 1997 Nobel Prize in literature. In 1958, the couple co-founded the Dario Fo-Franca Rame Theatre Company in Milan. They continued to write and produce plays at a prodigious rate, including the successful Two-Headed Anomaly (2003), a timely and entertaining satirical fantasy about a political rally in Sicily that sees an assassination attempt on Vladimir Putin and Silvio Berlusconi. 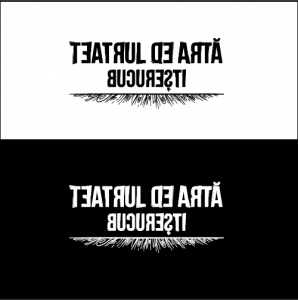