Truth exposes a lack thereof: an existence fraught with the absence of the sacred, devoid of any mystery, purpose or metaphysical worth. While the main character of Truth is not present, the scene is preoccupied with striving for knowledge and new creation, as well as by aggression, survival instinct and usurpation that claims a monopoly on truth. What are the sources of our cultural traditions? Haven’t we denied many established facts that guide us further towards answers on how to live—and why?

The performance draws from the original texts of the ecumenical councils, the narratives of the Gospels and the “Grand Inquisitor” poetry inside Dostoevsky’s The Brothers Karamazov.

“We wanted to explore the truth about ourselves, our traditions and cultural customs. We are convinced that for both Poland and Europe, Christian culture was and still is a key driving force that shapes a personality, a character. We wanted to take a closer look at something that is difficult to identify, yet represents a central aspect of this culture, which accepts the unreal, the deceitful, and frames impossible promises as real, true and absolutely possible to realize. We made Truth out of concern for the future. Our concern is growing when we hear politicians’ new claims that there exists a need for illiberal Christian democracy in Europe; these representatives speak about the continent as threatened by the immigration of people from the South or from the East—the so-called ‘others.’ We have been also examining the mechanism behind the emergence of government that has sequestered European spirituality since the earliest times.” — Studium Teatralne

Presentation of Truth at the 2019 Rehearsal for Truth Theater Festival is co-financed by the City of Warsaw. The show will be performed in Polish with English supertitles, followed up by a talkback with the cast conducted by Krystyna Lipinska Illakowicz, lecturer at the Department of Slavic Languages & Literatures, Yale University, and an afterparty reception at Bohemian National Hall’s Ballroom Bar.

Piotr Borowski is an actor, theater director and founder of the independent theater company Studium Teatralne in Warsaw. In 1975, Borowski began his association with Laboratory Theatre of Jerzy Grotowski— an innovative Polish theater director and theorist—and participated in Special Project (1973) conducted within Grotowski’s Active Culture program. Borowski also assisted in organizing the University of Research of the Theatre of Nations in Wroclaw and co-founded the Centre for Theatre Practices Gardzienice. Upon Grotowski’s invitation, Borowski moved to Italy where the former was founding the Workcenter of Jerzy Grotowski. Between 1985 and 1993, Borowski co-created Grotowski’s last project, Action. He officially set up Studium Teatralne at the Centre for Contemporary Art, Warsaw, in September 1997, and went on to stage numerous performances, including City, Midnight, Man, Parsifal, Henryk Hamlet Hospital, and The Line of Return. In 2012, he directed Shakespeare’s The Tempest at Teatro Varasanta in Bogota, Colombia. Piotr Borowski has taught theater workshops in Brazil, England, Venezuela, Colombia, Italy and Poland. 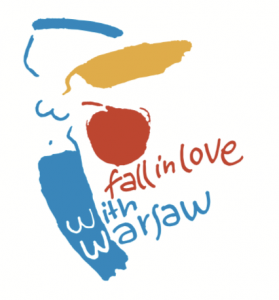 The 2019 Rehearsal for Truth Theater Festival explores the disappearance of borders between truth and lies. The festival consists of five international performances—three full plays, one dance performance and a behind-the-scene presentation—along with four special events. In total, the activities offer a notable occasion for adventure of the mind and conduits for shared encounters.

The festival examines different nuances of truth through its third edition, “The Travesty of Truth.” Conceived under the direction of Pavla Niklova, the 2019 Rehearsal for Truth program encourages participants to enter a dialogue on pressing matters that pervade our post-truth era. “The time when boundary is blurred between truth and lie, theater holds the power to re-establish relationships between participants through a common engagement and common experience of truth,” states Niklova.