The Vaclav Havel Library Foundation will be hosting a panel discussion entitled The Power of the Powerless in China during the Rehearsal for Truth theater festival taking place during the week of 25 – 29 September 2018. The panel will comprise the winner of the 2018 Disturbing the Peace, Award for a Courageous Writer at Risk, Liao Yiwu, fellow nominee, Liu Xia and Professor Andrew Nathan, Professor of Political Science at Columbia University and a leading China specialist and human rights advocate. The discussion will be moderated by Carl Gershman, the President of the National Endowment for Democracy. 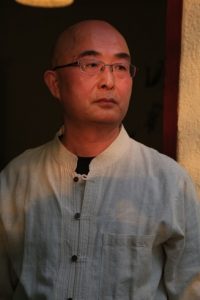 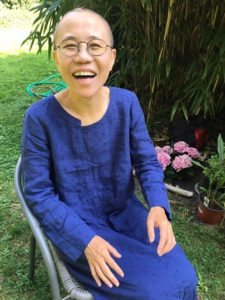 The winner of the 2018 Disturbing the Peace, Award for a Courageous Writer at Risk is Chinese author, reporter, musician and poet – Liao Yiwu (aka Lao Wei). As a vocal critic of China’s Communist regime, he spent four years in prison after publicly reciting his poem “Massacre” in memory of the victims of the Tiananmen Square military on June 4, 1989. He currently lives in Germany, under asylum but will be attending the award ceremony at The Bohemian National Hall in New York on September 27, 2018.

In his books The Corpse Walker and God is Red, Liao Yiwu recounts the stunning life stories of ordinary men and women who live at the margins of Chinese society – Christian believers as well as oddballs and outcasts who have been battered by life and state repression yet who have managed to retain their irrepressible personality, invincible spirit, and innate human dignity. These stories raise the inevitable question that Vaclav Havel persistently posed as an underground playwright: Can a totalitarian state prevail against the human spirit it tries so hard to stifle?

The Vaclav Havel Library Foundation will also be bringing Disturbing the Peace Award, for a Courageous Writer at Risk nominee, Liu Xia to NYC to join winner, Liao Yiwu at the Gala Event award ceremony and panel discussion. After substantial pressure from German Chancellor Angela Merkel and the international community, Liu Xia was finally given her freedom to leave China. She arrived in Berlin on July 10, three days before the anniversary of the death of her husband, Nobel Peace Prize laureate Liu Xiaobo, who had been under unofficial and illegal house arrest for eight years. Although never charged with a crime, Liu Xia lost her freedom due to her husbands 11-year prison sentence for drafting a petition calling for democracy and human rights in China.