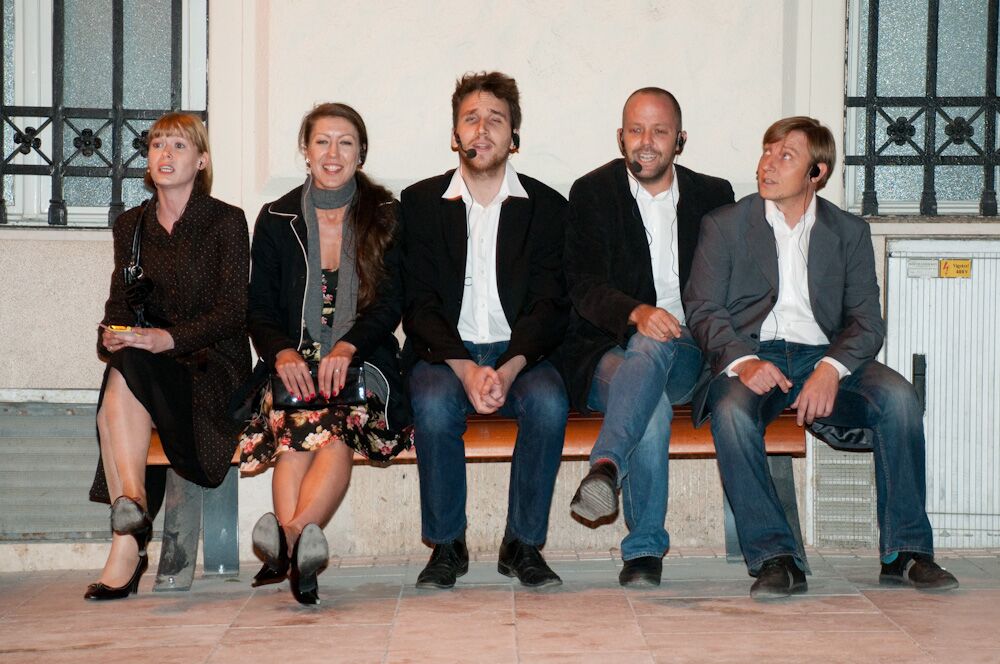 The Hungarian company HOPPart will bring the alternative musical show SCALE 1:5 to the streets of New York by using a portable sound system and headphones to take the audience for a walk around Yorkville and the Bohemian National Hall neighborhood. The players will follow the traces of the Czech, German, and Hungarian communities that formerly inhabited this part of the Upper East Side.  Scale 1:5 has been adapted and performed in Budapest, Prague, Kosice, Marseille, Graz, and Brussels.

The members of HOPPart represent an alternative musical style. Each member of the company is professional actor, singer and multi-instrumentalist musician. While creating a theatre piece, they do everything themselves: collective writing and directing, working on the musical arrangement, singing and accompanying themselves on musical instruments.