Around five hundred people assembled on Tuesday March, 29 at Kampa in Prague to protest against the convergence of the Czech Republic and China during the visit of the Chinese president in Prague. Demonstrators then decided to head to the Prague Castle, more specifically the Hradcanske square but ran into a wall of police barricades. Policemen did not let the protesters enter the castle area. 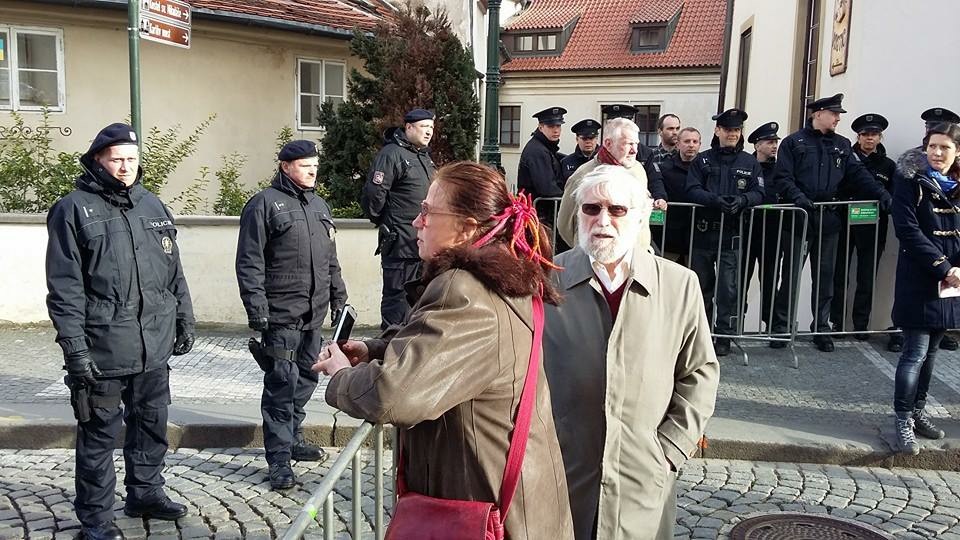 Katerina Jacques’ words: “Quarter of a century after the fall of totalitarianism, Ivan Havel (Havel’s brother) and his wife Dagmar stare into the face of the police who prevent them from entering the Prague Castle. Dagmar and Ivan arrived as one of the first people and police officers did not even realize that they barred the way to the brother and sister-in-law of our post-revolutionary president. They probably did not even know that they denied us the constitutional right to freedom of expression and assembly. The Havel’s weren’t theatrical, they experienced the same situations many times during the Bolshevik times. No journalist noticed them, but for me they were the heroes of that day. Absurd drama that wasn’t written by Havel but in which he played brilliantly.”