Pavla Niklova has two decades of experience in executive and managerial positions at prominent arts and cultural organizations in the United States and in the Czech Republic. Her focus is on the conception, preparation and promotion of innovative programs that encourage international collaboration and exchange. 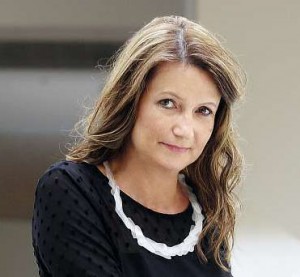 In 2010 Pavla Niklova was appointed by the Czech Ministry of Foreign Affairs as Cultural Attache to oversee all aspects of the Czech Center New York at the newly-restored, century-old Bohemian National Hall on New York City’s Upper East Side. Over the course of her directorship, she created and implemented a strategic plan that has enabled the Center to become a player within New York City’s rich cultural environment. The Center produced programs in partnership with major U.S. and European cultural and educational institutions.

Her previous positions included the Head of Public Relations and Development at the Jewish Museum in Prague, where she directed an expansive year-long Centennial Festival in 2006, Year of Jewish Culture, which consisted of more than 260 programs and events held in more than 50 cities in the Czech Republic and abroad. Before she worked as Manager of the International Projects at the Archa Theater, and the Assistant Director at the Soros Center for Contemporary Arts, where she created the first artist residency program in the Czech Republic at the Cimelice Castle.

Pavla Niklova studied Czech and English at the Philosophical Faculty of the Charles University in Prague.