Astorka Korzo ́90 Theatre will be presenting their production of Eve of Retirement/ Pred Odchodom na Odpocinok at The Rehearsal for Truth theater festival in honor of Vaclav Havel. The festival takes place from 25 -30 September at The Bohemian National Hall and is presented by The Vaclav Havel Library Foundation and The Bohemian Benevolent & Literary Association. This Slovak play will be performed on Friday, September 28, 2018 at 7:30pm. We spoke with director Juraj Nvota about the production. 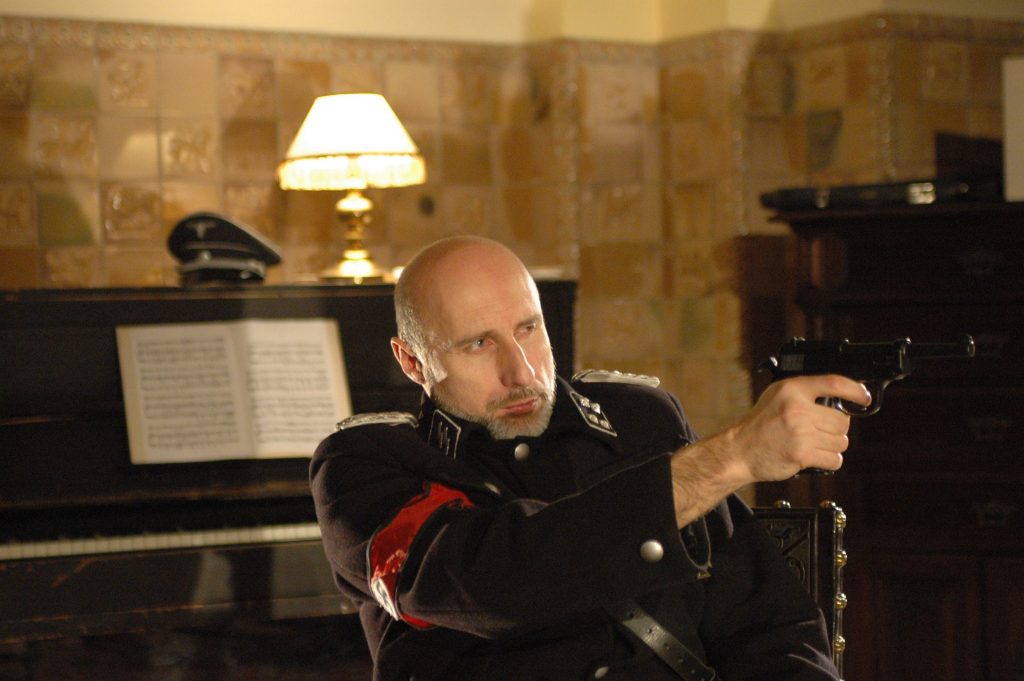 Juraj – What/who was the inspiration for the creation of this production?

Life and politics in Slovakia. Theater is always trying to show what is beneath the surface of man and society. Slovakia secretly remembers its first fascist state, which originated during World War II. The State wanted to justify the generation of our fathers and heirs who willy- nilly contributed to handing over 60,000 Jews to the gas chambers. Like the characters of Thomas Bernhard’s play The Eve of Retirement, they secretly celebrate the birthday of Heinrich Himmler and secretly invoke the spirit of fascism. In Slovakia, they already have their seats in the Parliament.

Can you tell me a little about the chosen visual/physical style of your production?

With the scenic designer, Jozef Ciller, we decided not to play this chamber and mysterious story in the Astorka Theater on a stage but in a theater foyer that resembles a bunker or a catacomb. Viewers through the open door of sight see empty places. Three siblings participate in the crypt-celebrations. A brother with nostalgia, an older sister with a demons of consent and a younger, with the fear of the minority.

What is the core political issue you are grappling with in the play?

Nostalgia can justify her own crimes for her own youth. So I can explain that older people today are able to say that it was better in the era of communism. Even the Israelites in the wandering trials often mentioned how they were better in Egyptian slavery.

Who are your mentors? Where do you draw on your inspiration to create your work?

In my own prayers I hear what bothers me, what I cannot change, for whom and for what to intercede. Good theater is always present, but in my old age I find that only the eternal is always current in the current way.

How do you think Vaclav Havel still influences theater creation in Europe?

What brought Gandhi to the political culture of the world brought Václav Havel to European theater. He revealed the power of weakness and weakness of power.

Eve of Retirement represents not only an artistic masterpiece but also a political and social catharsis for the Slovak nation, whose government collaborated with the Nazi regime during the so-called Slovak state (1939–1945). The production may be characterized as metaphorical realism showing this “evil” and its historical recurrence. Playwright Thomas Bernhard is one of the most important German-language authors of the postwar era, he pushes his contempt for Austria as a nest of unregenerate Nazis and anti-Semites to an outrageous extreme in the play.