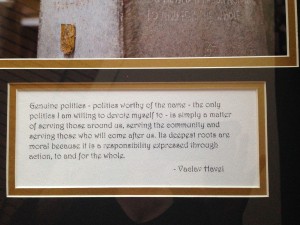 As a result of efforts made by Vaclav Havel Library Foundation, the bust of Vaclav Havel was dedicated last November on the 25th anniversary of the Velvet Revolution in former Czechoslovakia.