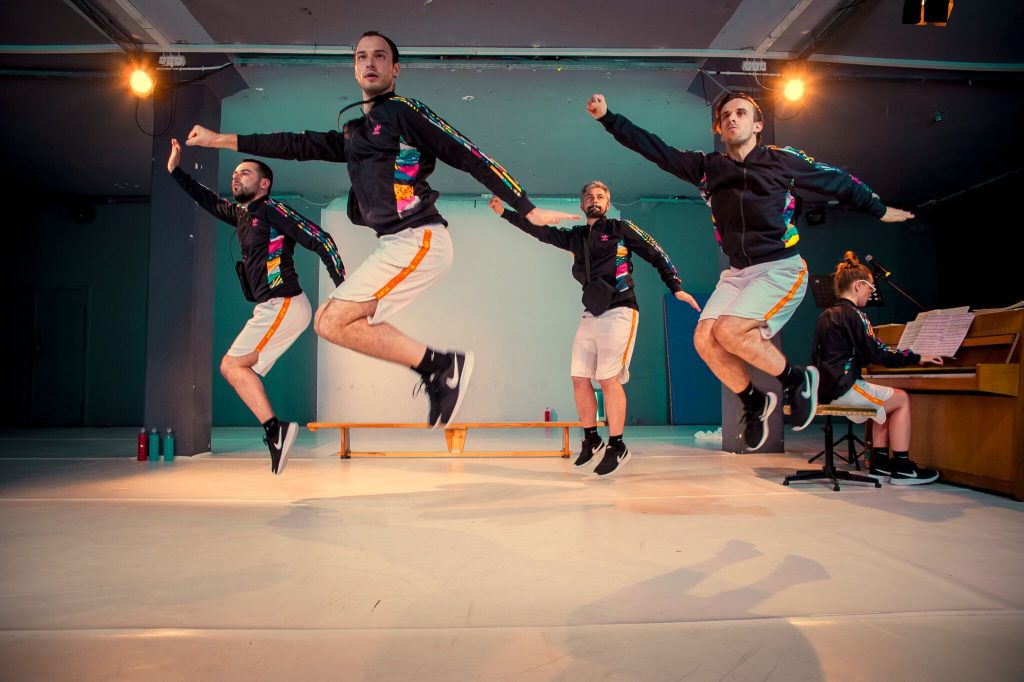 The play deconstructs military ethos and pride to make the audience aware of their toxic dimensions and oppressiveness. The play draws on the author’s personal experience of having to appear before an army conscription committee. This memory serves as the vehicle for a funny, witty, and spot-on critique of nationalistic war discourses, which resonates with particular force in modern-day Poland. Using elements of Moniuszko’s and Szostakiewicz’s musical compositions and Nijinsky’s ballet Afternoon of a Faun, the director engages the audience in a series of subversive identity games that not only undermine gender norms but also turn the military ethos on its head.

Tomaszewski combines archaic forms with avant-garde courage, contemporary choreography with a dusted farce, Moniuszko with an absurd sense of humor. He’s making theatre which is approachable for everyone, though based on forms perceived as sophisticated; a theatre either ironic or affectionate.

Komuna Warszawa explores key issues of the contemporary world, ceaselessly seeking new forms and means of expression. Since 2007 Komuna has been an important venue for theatre performances, as well as performance art pieces, lectures, film and video-art screenings, concerts and discussions. Komuna Warszawa has taken part in some of the most prestigious festivals in Poland and the world, performing at such venues as La MaMa in New York City, HAU in Berlin or 104Centquatre in Paris.