The esteemed hosts for the evening that will reflect Vaclav Havel’s dedication to human rights, theater, and cultural diplomacy will be two-time Tony Award winning actress Christine Ebersole and Czech puppeteer – Vit Horejs. 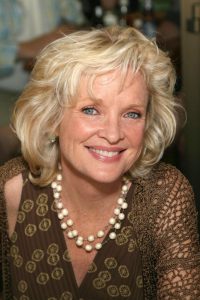 Christine Ebersole won Tony Awards for Best actress in a Musical for her work in Grey Gardens and 42nd Street. She has also been awarded the Drama Desk Award, The Outer Critics Circle Award and the Drama League Award, a special citation from the New York Drama Critics Circle and an Obie. She is a celebrated film and television actress starring in memorable productions like Tootsie, Mac and Me, Three Men and a Baby, Sullivan & Son, One Life to Live (Emmy nomination), Saturday Night Live, Rachel Gunn, R.N. and The Wolf of Wall Street to name a few. Ebersole Czech film experience involved working with Milos Forman in his multi Oscar winning Amadeus where she played the role of Katerina Cavalieri. She continues to be a strong presence on Broadway and off-Broadway and received another Tony Award nomination for her role as Elizabeth Arden in War Paint opposite Patti LaPone in 2017.

Vit Horejs is a puppeteer, playwright, and director of the Czechoslovak American Marionette Theatre based in New York City. He arrived in NYC in February 1979, sponsored by the American Fund for Czechoslovak refugees. He joined the Czech-American black light theatre company Divadlo Ta Fantastika and in the mid 1980’s started the Czechoslovak-American Marionette Theatre. He had unearthed puppets in the attic of New York City’s Jan Hus Presbyterian Church that were used to create adaptions of traditional Czech fairytales. Madeleine Albright gave Horejs her childhood toy puppet theatre which quickly made an appearance in his show: The New World Symphony: Dvorak in America at LaMaMa Theater in NYC. This same marionette theater will make an appearance at the Gala event in her honor.

At the Reality Czech Gala Event there will be also short excerpts from shows performed by Czech, Slovak, Hungarian and Polish theatre companies, which are coming to New York to perform in the second annual Rehearsal for Truth Festival in September. The evening will also feature music by the renowned Czech singer Iva Bittova and the Slovak dulcimer band Pajtasi. The Czech restaurant Bohemian Spirit will add to the authentic Czech and Slovak ambiance of the evening.

The Reality Czech: BBLA & VHLF Gala Event is open to the public and tickets are still available on Eventbrite.