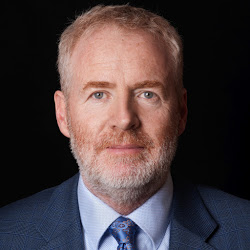 Bill Shipsey is an Irish Barrister and the founder of Art for Amnesty – Amnesty International’s global artist engagement program. He also initiated and has produced Amnesty’s Ambassador of Conscience Award for the past ten years – an accolade that has been bestowed on Nelson Mandela, Vaclav Havel, Aung San SuuKyi, Mary Robinson, Peter Gabriel and U2. He was Co-Executive Producer of “Instant Karma” – Amnesty’s multi-star benefit album of John Lennon compositions, which has raised almost $5 million for Amnesty’s work on Darfur. Mr. Shipsey was the initiator of the Peter Sis designed tapestry tribute to Vaclav Havel at Vaclav Havel Airport in Prague. He has arranged several Havel’s Places to be created around the world – Dublin boasts the first Havel’s Place in Europe – an installation comprised of a Czech national Linden tree surrounded by a circular table with a seating area designed by a prominent Czech architect and friend of Havel’s, BorekSipek. Thanks to Mr. Shipsey a specially-commissioned bust of Vaclav Havel is set to be unveiled at Ireland’s parliament.