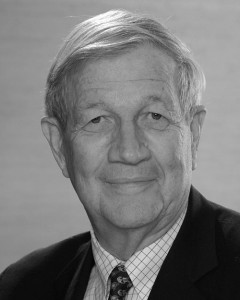 Ambassador William H. Luers is the Director of The Iran Project and Adjunct Professor at Columbia University. He is the former President of the United Nations Association of the USA and former President of the Metropolitan Museum of Art. He now also serves as the United States International Advisor to the PraemiumImperiale, a Japanese award that is given every year to 5 artists from the world in different disciplines. During a 31-year career as a career Foreign Service Officer, he served as Ambassador to Czechoslovakia and Venezuela. He has served on numerous corporate boards and the boards of several not-for- profit organizations including, The Rockefeller Brothers Fund and The National Museum of Natural History.

Ambassador Luers is a member of the American Academy of Arts and Sciences and the American Academy of Diplomacy, Trust for Mutual Understanding, The Rubin Museum of Art, and the Center on Public Diplomacy at the Annenberg School of Communication at the University of Southern California. He has also been an adjunct professor over the past 40 years at Tufts University and has lectured at Princeton’s Woodrow Wilson School, John’s Hopkins School of Advanced International Studies, the John C. Whitehead School of Diplomacy at Seton Hall University, George Washington University, and Hamilton College. Ambassador Luers has been published extensively in newspapers, magazines and books on international and diplomatic issues.