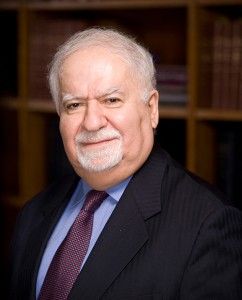 Vartan Gregorian is the twelfth president of Carnegie Corporation of New York, a grant-making institution founded by Andrew Carnegie in 1911. Prior to his current position, which he assumed in June 1997, he served for nine years as the sixteenth president of Brown University and for eight years as the president of the New York Public Library. He has taught European and Middle Eastern history at San Francisco State College, the University of California at Los Angeles, and the University of Texas at Austin. He was founding dean of the Faculty of Arts and Sciences at the University of Pennsylvania. Mr. Gregorian is the author of The Road to Home: My Life And Times, Islam: A Mosaic, Not A Monolith, and The Emergence of Modern Afghanistan, 1880-1946.

A Phi Beta Kappa and a Ford Foundation Foreign Area Training Fellow, Mr. Gregorian is a recipient of numerous fellowships and numerous civic and academic honors. He serves on the boards of the Institute for Advanced Study, The World Trade Center Memorial Foundation, and the Library of Alexandria among others. In 1998, President Clinton awarded him the National Humanities Medal. In 2004, President Bush awarded him the Presidential Medal of Freedom, the nation’s highest civil award. In 2009, President Obama appointed him to the President’s Commission on White House Fellowships. He was born in Tabriz, Iran, of Armenian parents, receiving his elementary education in Iran and his secondary education in Lebanon. In 1956 he entered Stanford University, where he majored in history and the humanities, graduating with honors in 1958. He was awarded a Ph.D. in history and humanities from Stanford in 1964.