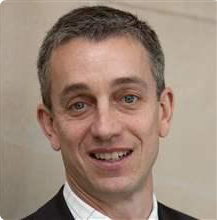 Stephen Grand is a nonresident senior fellow at the Brookings Institution in the Project on U.S Relations with the Islamic World, where he served as director from 2006 to 2013. His most recent book is Undertaking Tahrir Square: What Transitions Elsewhere Can Teach Us about the Prospects for Arab Democracy. From 2004 to 2006, Stephen was director of The Aspen Institute’s Middle East Strategy Group. He has also served as an adjunct professor at American University’s School of International Service and Syracuse University’s Maxwell School of Citizenship and Public Affairs. From 2002 to 2003, he was an international affairs fellow at the Council on Foreign Relations.

Grand’s research focused on the lessons to be drawn from the last decade of American assistance with democratization in Central and Eastern Europe. Until June 2002, he served as director of programs at the German Marshall Fund. Before joining GMF, Grand worked as a staffer on the Senate Foreign Relations Committee, covering Europe and the New Independent States. In 1994, he was a visiting researcher at Charles University’s Center for Economics and Graduate Education in Prague. Between 1990 and 1993, he served as the founding executive director of the Civic Education Project—an “academic peace corps” that supported higher education reform in Central and Eastern Europe and the New Independent States. Grand earned a doctorate from the department of government at Harvard University. He has been a term member of the Council on Foreign Relations and a Henry Crown fellow with The Aspen Institute.