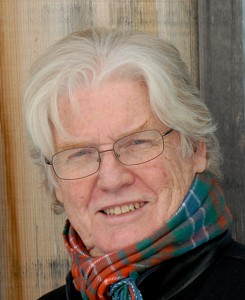 Paul Wilson is a freelance writer, editor, journalist, radio producer, and translator. He has contributed essays, articles, and reviews to many North American and European publications, including The New Yorker, The New York Review of Books, The Globe and Mail, and other magazines. He has worked as a producer on three CBC national radio shows, The Arts Tonight, Morningside, and This Morning. He spent ten years in Czechoslovakia (1967-1977) where he taught English and learned Czech. He was expelled by the Communist government for his association with the dissident movement. On his return to Canada, he was active in promoting the work of dissident writers and musicians during the remaining years of totalitarianism.

Mr. Wilson has translated many plays, essays, books, and speeches by Vaclav Havel. His translation of The Engineer of Human Souls, by Josef Skvorecky, was awarded the Governor General’s Award for Fiction in 1984, and his translation of Ivan Klima’s My Golden Trades was short listed for the Independent newspaper’s International Translation Award in 1993. In 2009 he was decorated with the GratiasAgit award by the Czech Ministry of Foreign Affairs for his activities in promoting Czech culture abroad. His most recent translations of Havel’s work include his presidential memoir, To the Castle and Back, and a play, Leaving, which received its North American premiere in Philadelphia’s Wilma Theater in 2010. Paul was born in Ontario and educated at the University of Toronto and King’s College, University of London. Now he spends most of his time, with his wife and editorial assistant, Patricia, in Heathcote, Ontario.