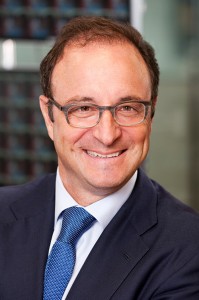 Daniel Arbess is a partner of Perella Weinberg Partners and portfolio manager of the PWP Xerion Funds. Prior to its joining with PWP in October 2007, he was the founder and chief investment officer of Xerion Partners since its establishment in 2003, during which time he achieved a 20%+ net return investment track record. Mr. Arbess began his professional career in 1987 as a first year associate at White & Case, an international law firm. He became a partner of White & Case in 1992 and was named the firm’s Head of Global Privatization the same year. While at White & Case Mr. Arbess’ focus was on industrial reorganizations and related privatization divestitures.

Mr. Arbess advised the governments of the Czech Republic and the Russian Federation on their overall privatization programs and on numerous cross-border privatization transactions, including the sale of Skoda to Volkswagen and the restructuring and disposition of one of Europe’s largest downstream petrochemical industries. Mr. Arbess received law degrees at Osgoode Hall Law School (Toronto) and the Harvard Law School. He is a member of the Council on Foreign Relations and the Atlantic Council, and is a frequent writer and commentator on investing and global markets.