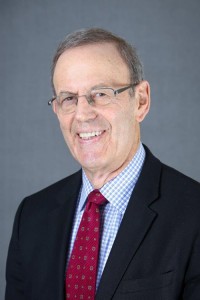 Carl Gershman is President of the National Endowment for Democracy (NED), a private, congressionally supported grant-making institution with the mission to strengthen democratic institutions around the world through nongovernmental efforts. In addition to presiding over the Endowment’s grants program in Africa, Asia, the Middle East, Eastern Europe, the former Soviet Union and Latin America, he has overseen the creation of the quarterly Journal of Democracy, International Forum for Democratic Studies, and the Reagan-Fascell Democracy Fellows Program. He also took the lead in launching in New Delhi in 1999 the World Movement for Democracy, which is a global network of democracy practitioners and scholars.

Mr. Gershman is currently encouraging other democracies to establish their own foundations devoted to the promotion of democratic institutions in the world. Mr. Gershman has lectured extensively and written articles and reviews on foreign policy issues for various publications including: Commentary, The New Leader, The New Republic, The Wall Street Journal, The Washington Post, The New York Times Magazine, Democratization, The Whitehead Journal of Diplomacy and International Relations, The Washington Quarterly, and the Journal of Democracy. He is the author of The Foreign Policy of the American Labor (Sage, 1975). He is a member of Phi Beta Kappa and the Council on Foreign Relations. He has received a number of awards including The Order of the Knight’s Cross from the Government of Poland, the President’s Medal from George Washington University, and the Freedom Award of the Atlantic Council, received on behalf of NED. Mr. Gershman received Magna Cum Laude and a M.Ed. from Harvard Graduate School of Education.