Havel to the Cafe!

There is only one thing I will not concede: that it might be meaningless to strive in a good cause.

On Wednesday, November 17 at 1 pm a special ‘procession’ will depart from the statue of the first president of Czechoslovakia, Tomas Garrique Masaryk, in front of Prague Castle arriving eventually at Cafe Slavia.

The procession will carry a bronze bust of Vaclav Havel – the first for Prague – by sculptor Maria Seborova to be put on permanent display at Cafe Slavia.

The public is invited to join this joyous, celebratory procession and are encouraged to wear costume if they wish or to carry keys. The procession will stop at a number of key sites relevant to Vaclav Havel – his Bench at Maltezske Square and the Theatre on the Balustrade – at which readings of his work in Czech and English will take place. The procession will conclude at around 3:30 pm at Havel Square at the National Theatre.

Please spread the word and join us in honoring the late President!

The Slovak capital has ranked among the world cities having a memorial place dedicated to Vaclav Havel.

The piece of art is comprised or a round table with a tree in the middle of it, which is surrounded by two chairs. It should symbolise an open dialogue. “We’re pleased to have a place like this, which is very symbolical – not politically, but with its human dimension,” said Bratislava’s Old Town mayor Zuzana Aufrichtova. The Vaclav Havel bench has been lent to the Old Town for 99 years. The bench to honour Vaclav Havel was designed by Czech architect and designer Borek Sipek. 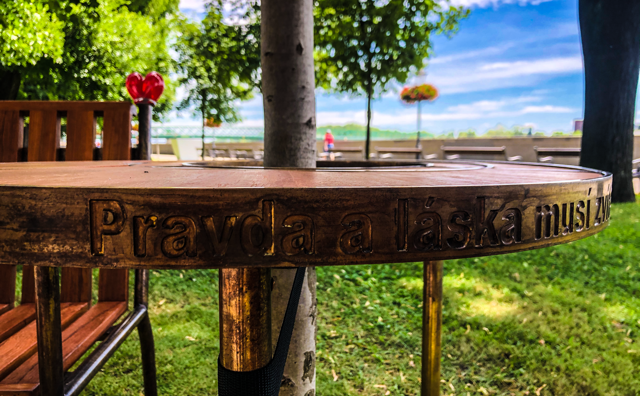 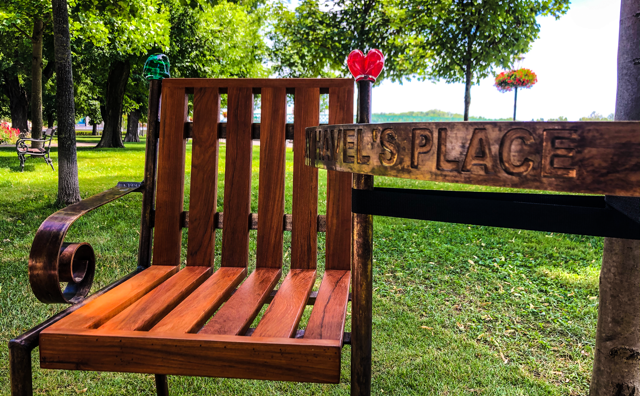 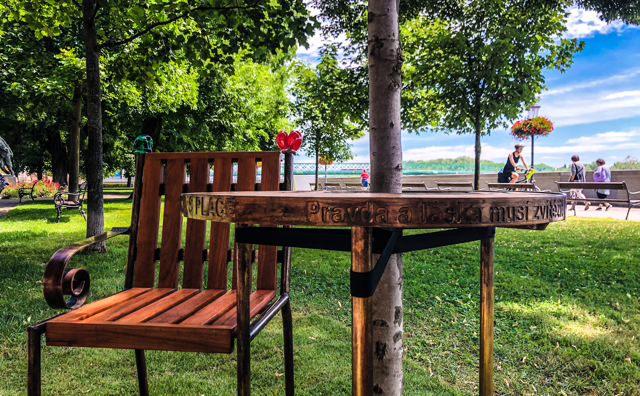 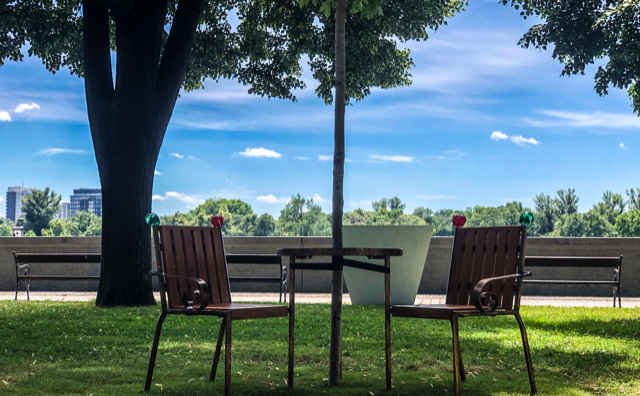 On March 16, 2018, the Havel’s Place was dedicated in Ljubljana Northern City Park, being the first one in a former communist country apart from the Czech Republic.

The project was initiated by Bill Shipsey, VHLF Board member, and arranged by Ljubljana city and Amnesty International Slovenia. It is already the 25th Havel’s Place since the launch of the initiative in Washington, D.C., in 2013. 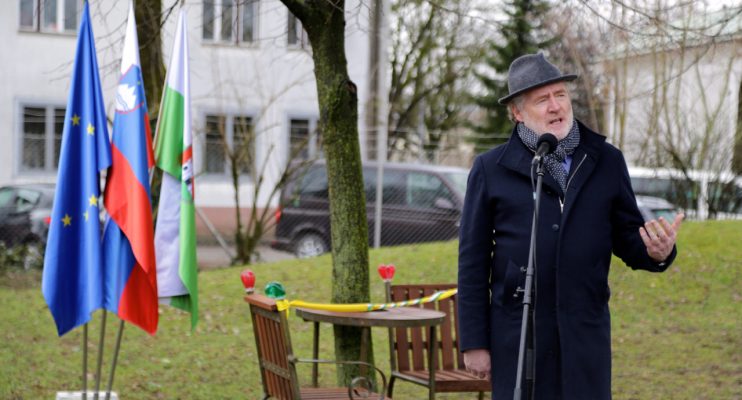 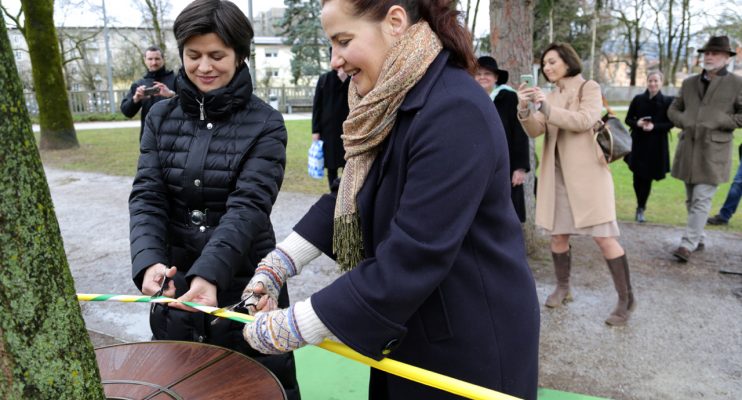 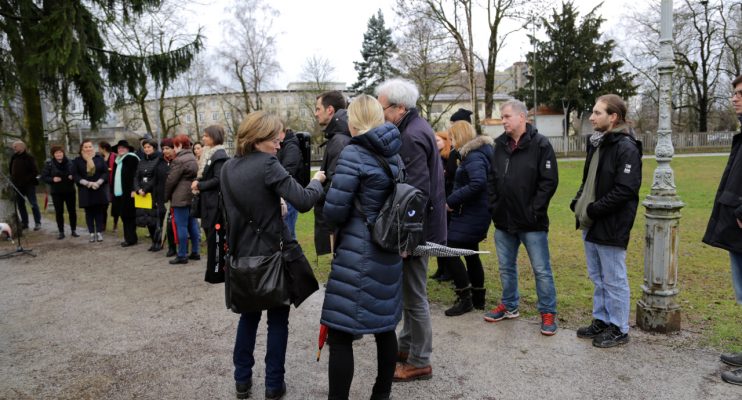 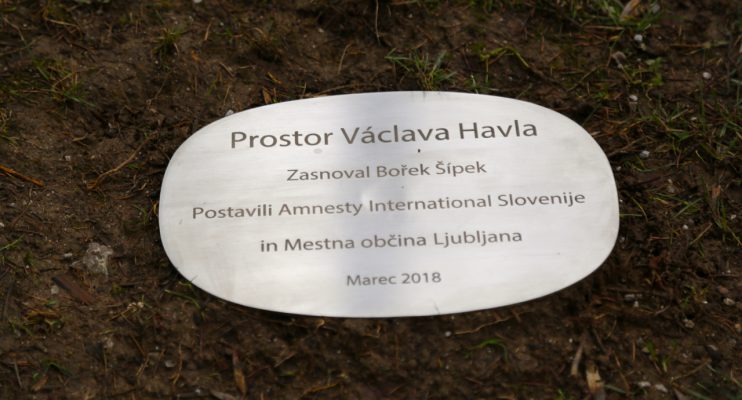 Havel stands tall in the capital of Europe!

A newly refurbished building part of the European Parliament (EP) in Strasbourg was officially opened and named after former Czechoslovak and Czech president Vaclav Havel on Wednesday, July 5, 2017. It was inaugurated by EP President Antonio Tajani and Havel’s widow Dagmar Havlova. The decision to call it after Havel was made by the EP in January 2012 on the proposal of former EP deputy president and Czech MEP Libor Roucek. 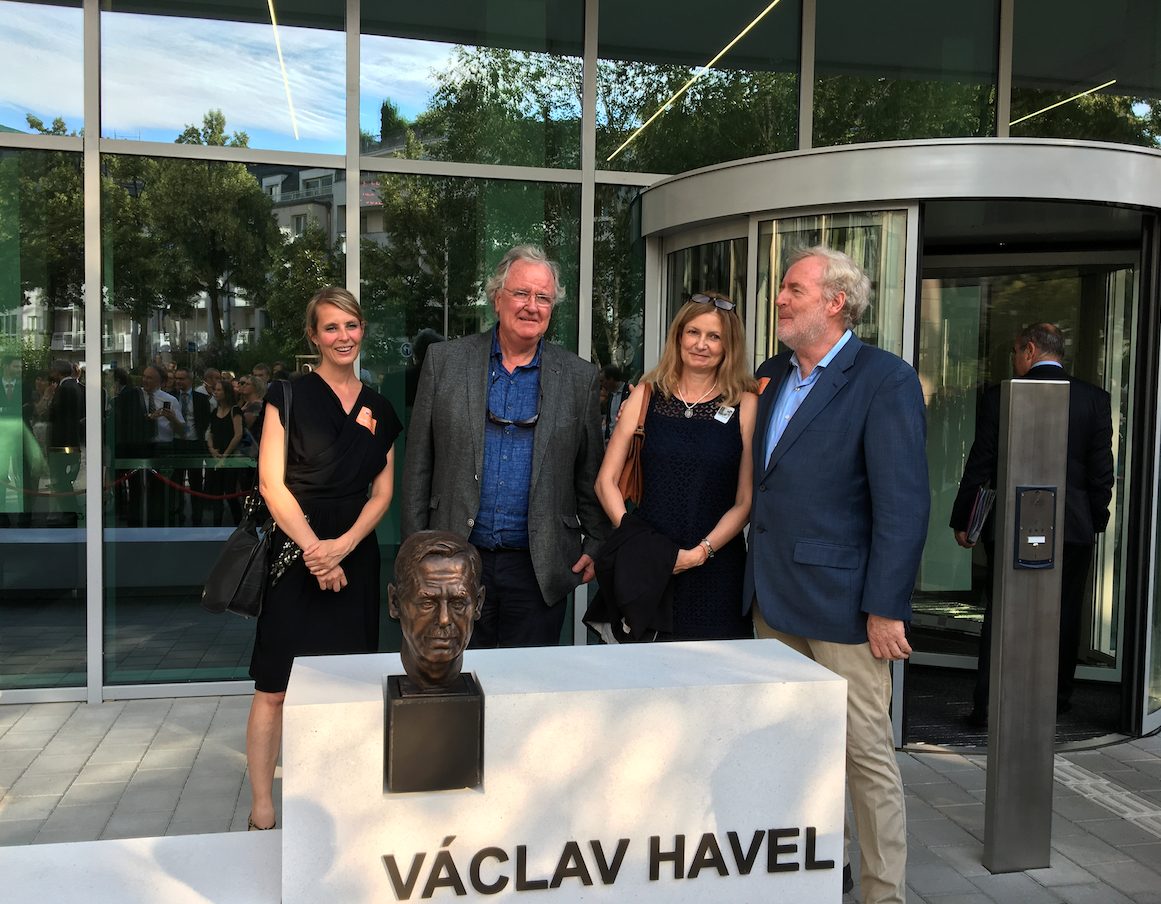 Havlova pointed out that Havel addressed the EP in 1994 and in 2000. “He highly respected this international institution because it is based on the same values he himself espoused throughout his life, values for which he was fighting all his life,” Havlova said.

Tajani said that Havel was trying all life to reach reconciliation and peace: “His life and his devotion to democracy inspire us and bind us to carry on the effort to build a juster, stronger Europe that is closer to citizens.”

The building marked with the abbreviation “HAV” is made special and brought to life by the marvelous works of Czech artists honoring Havel. A bronze bust by Marie Seborova is incorporated into a stone bench in front of the entrance. Twenty-five photographs by his official photographer Tomki Nemec commemorating the period after the Velvet Revolution in 1989. And the tapestry Flying Man 2 designed by Petr Sis and woven BY Aleliers Pinton decorates the main meeting room. The art works were all commissioned by Bill Shipsey, founder of Art for Amnesty and member of the VHLF Board of Directors.

Most of the building will be occupied by the EP and one third will be the office of the European Ombudsman.

Vaclav Havel bust in the Irish Parliament
The bust of Vaclav Havel was dedicated in the Irish Parliament on June 18, 2015. Havel is the first non-Irishman to be given this honor. The money for the bust was raised by Beta Bajgartova, a Czech photographer living in Dublin. You can watch the documentary prepared for this occasion and listen to the speeches of the Czech Ambassador to Ireland, Hana Mottlova, the Speaker of the Irish Parliament, Sean Barrett, the sculptor of the bust, Marie Seborova, and Bill Shipsey, the founder of Art for Amnesty and the initiator of this honor.

This program was produced by the Houses of the Oireachtas (Parliament of Ireland) for Oireachtas TV and permission to use this by the Vaclav Havel Library Foundation was granted in 2015. 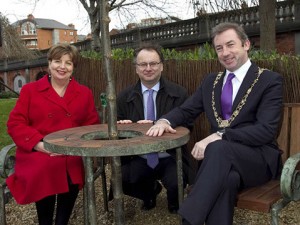 Several cities around the world have created memorials that are dedicated to Vaclav Havel. Washington D.C., Barcelona, Dublin, Prague, Venice, Hradec Kralove, and Ceske Budejovice are among the first, and many more are expected to join. Mayor’s offices in London, Givaataim (Israel), Ljubljana, Zagreb, Oslo, Warsaw, and New York have been addressed to participate in 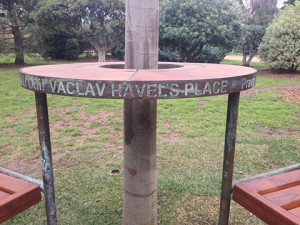 this worldwide project initiated by the Czech ambassador to the US, Petr Gandalovic, and widely promoted by Bill Shipsey, VHLF International Advisory Board member and founder of Art for Amnesty. The idea is to create public space to promote discussion and free exchange of ideas. A “Havel’s Place” Memorial is comprised of a Czech national Linden tree surrounded by a circular table with a seating area that was designed by a prominent Czech architect and friend of Havel’s, Borek Sipek. More information can be found here on the Vaclav Havel Library website: http://www.vaclavhavel-library.org/en/havelsplace 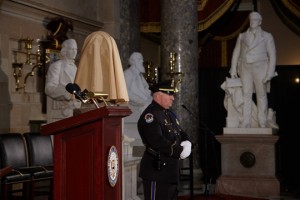 The first bust of Havel was unveiled at the Council of Europe in Strasbourg on October 2, 2012. The bust, by the Czech-American sculptor Lubormir Janecka, was dedicated at the U.S. Capitol on November 19, 2014, to commemorate the 25th anniversary of the Velvet Revolution. 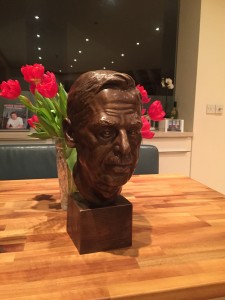 A bust of Havel by Seborova will be dedicated in Mexico City at the Museum of Memory and Tolerance. The Palace of Westminster and the European Parliament are also considering dedicating a bust of Havel. 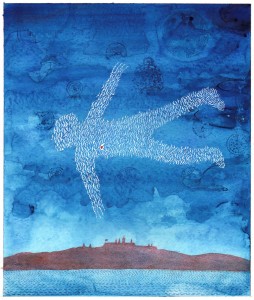 Peter Sis, a Czech-born American artist, designed an Aubusson tapestry devoted to the memory and legacy of Vaclav Havel. It was conceived by Art for Amnesty founder Bill Shipsey on behalf of Amnesty International and supported by five world famous musicians – Bono, The Edge, Peter Gabriel, Sting and Yoko Ono Lennon.  The tapestry, measuring 5 x 4.25 meters, is on display in Terminal 2 at the Vaclav Havel Airport in Prague.