For Debo Adesina, Editor-in-Chief of The Guardian group of Newspapers, is too self-effacing. He rarely talks about himself and keeps a very low profile. As ‘an aspiring servant’ (he dreads being called a politician), little has changed. Unless it is about ideas for development, he avoids what he calls ‘vain talk of ambition and self.’ Born in Okaka, Itesiwaju Local Government area of Oyo state, Adesina, one of the nation’s most reputable journalists, is known as one of those being touted for the governorship seat of his home state in 2019. A man who has turned down many opportunities to serve in government except for a stint as Federal Commissioner in the Fiscal Responsibility Commission under President Umaru Yar’Adua, , he spoke to LAOLU AFOLABI briefly about his passion for the people and what to do to make life better for them. 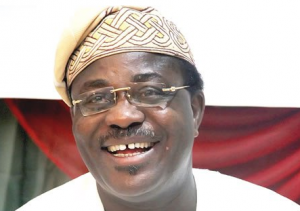 You have spoken often about how people should worry less about who becomes governor but about what he or she would do with the office. What do you mean?

The Czech poet and former president, Vaclav Havel, once spoke of a contaminated atmosphere co-created by all who stand by as their society goes to rot. The people must strive not to be co-creators of a contaminated atmosphere in which poor management, misuse of power and lack of vision continue to breed such stench of poverty and underdevelopment as envelope the nation at the moment.  In other words, we all have a duty to change the story of our state by asking questions and getting involved.  What kind of state do we want and how do we create it? Each person has a role to play and must identify that role. Our first duty, as leaders or aspiring servants, is to bring on board all of our people. We must ensure that each citizen recognizes the enormity of the power in his or her hands to choose how his state is governed and by whom. Questions and questions must be asked. The people must ask questions of themselves. How did we get here? How do we get out of the mess? Of course, they must ask hard questions of those seeking to lead them. What would you do? How would you do it? They must interrogate promises and assess the plans. That way, we would all be co-creators of the prosperous state we desire and deserve.

Otherwise, we may end up with an average leadership that has neither passion nor purpose.

In what box would you put the current administration in the state?

I am not holding brief for the current administration. There are enough people in the system to do that. But against the background of  very little resources available, it would be unfair to expect much more than has been done. Certainly, waste could have been reduced or cut out completely. Certainly, a little creativity could have brought out a better performance from the bureaucracy. But the truth is that the challenges we face today were not created a few days ago. I, of course, believe that a very good foundation was laid in the beginning for successive administrations to build on. But each got consumed in its politics and internal contradictions.

Hence I once spoke of how foresight took flight a long time ago and how past administrations chose the convenience of the moment over the necessary pains that could have birthed long-term prosperity.

Today, must we make the same mistakes? Must governance be reduced to just paying salaries of workers and laying asphalt on a few roads? All of that is good. But where does it take a state that ought to be as prosperous as the nation of Botswana?

So, there must be a plan to meet immediate needs, paying salaries and digging a few boreholes as have become the signature of governance in Nigeria. There, however, has to be a more comprehensive plan to take Oyo, with its solid mineral and agricultural resources, to the level of a self-sustaining, prosperous state. I had a privileged audience with the minister of solid minerals the other day and what abounds in this state by way of gems is unbelievable. Much of it is being illegally mined and exported without any revenue coming to the state.

It is not an easy job. But it is a job that must begin now.  I have a prayer every morning now: May the spirit of federalism prevail so oil can revert to its owners and so other states can develop their own resources for a more prosperous Nigeria. When free money from the federation account ceases to flow, all of us will look for and find how to survive. Then we will, in joy, cover our faces in shame at our laziness over the years.

I was in Poland late last year and I saw the determination of a people at work, to build a new country from the ruins of wars and occupation.

Let the people of Oyo state develop a liberation mentality and look beyond the flowing gowns of those of us who lead or aspire to lead them and break into poverty-fighting mode.

With a leadership that shares the ideal of economic freedom for all, the flight may be rough but the landing, in good time, would be smooth. And the journey would be worth it.

What is wrong with the system now?

Democracy dividend, a bastardised phrase, is nothing more than a job in the civil service, at the state or the local government level, or a political appointment. Hence you have a bloated civil service and public service system. I know this is not exactly politically correct and can cost a politician an election. But truth must be told: The system is populated by so many people who contribute little or nothing to development. There are civil servants who can and must do more. There are political office holders who are not really needed but are engaged just to reduce the number of complainants and to put up an appearance of creating jobs. In a democracy, patronage is real. But it must never be used to the detriment of the state and its people. Each citizen must be made to point at what value he or she adds to the state. Reducing the size of the civil service may not be easy in the face of massive unemployment but a certain value must be extracted from all, from the cleaner to the permanent secretary. This may require training and re-training. It will require what I call job-justification exercises with a view to getting optimal productivity from every individual.

For instance, I love a model once espoused by Governor Gbenga Daniel when he was in power in Ogun State. And I would not be surprised if it is being adopted by some states now. Why, for example, would there be engineers, architects, builders and other professionals in the ministry of works and jobs they can handle would be given out as contracts?

With the appropriate motivation, why wouldn’t such people help reduce the cost of governance by taking on some jobs? The street light poles in Ogun State were supposed to cost about 150,000 naira or so when the governor asked regular contractors to bid. He called members of the welders union in the state and gave them his specifications and gave them the challenge. The local welders fabricated the poles at 25,000naira each! They are still standing till today. Jobs were created and wealth went round.

So, what do you recommend?

We must first admit that we need some creativity in governance and that the law of economics has never been truer. Man’s needs are unlimited but the means of satisfying those needs are extremely limited and even shrinking. So, sacrifice or shrewd prioritization is not something you have the luxury of weighing, it is a choice already made for you by the gods. To take a state like Oyo to enviable heights, a leader must consciously make harsh decisions. He must look at a future beyond the next election.  But his first job is to be compassionate and carry the people along. To do so, he must be more than transparent and he must live the people’s pains.

Today, and this is true of most states, destruction of the future poses as inclusion  and democracy dividend. And the people are largely spectating their way into perpetual servitude or poverty. If this state would prosper and the people would live a better life, they must all be made to and be ready to work. Everybody has to take the pick-axe and dig for wealth. Each man or woman must be challenged to put his or her skills to use in the service of the state and, by extension, himself or herself.

It is a shame for a people to sit on so much wealth and live in abject poverty. Waste and indolence cannot continue to define governance and the leader cannot continue to be a prisoner of this narrative that government alone must provide all things, perhaps including cooking for all families. No! The governor or the leader only needs to put in place the machinery that would make each family do its own cooking within the limits of its well- rewarded exertions.  A government’s job is to put in place a system that makes it possible for all who wish to work to find a place to do so and be rewarded for it. With appropriate policies and programmes, a cleaner, a farm-hand, a tractor driver, a bus driver, a petty trader or a waiter should live as much an abundant life as the governor or a director or a permanent secretary. With such a system that gives equal opportunity to all, the son of that food vendor in Baptist Day School, Okaka, or the tailor in Beere or Alekuso, can grow up to become whatever he wants and seek the highest office in the country. The daughter of that housemaid would go to school and find her way in life.

You once said education is one cure for all that ails Nigeria. What does that mean?

Your plans or thought are impressive but the reality may not be so rosy!

Roses are planted and tended. We must all work to build our garden of roses, nurture it and endure the pain from the thorns before we can enjoy the rewards.

Look, Debo, there is no money in the coffers of any state or even that of the Federal Government of Nigeria. That is why I often sympathise with the governor when verbal rocks are hurled at him for his government’s owing this or owing that.  There is little with which to do so much!  But there is too much money in the land, in our heads and in our hands. I am not being overly dramatic here. That is the truth! We only need to put our brains to work and set our hands on the plough and we will find much more than we need. I am not saying this is going to happen overnight. But if we begin today, we can wake up tomorrow morning in bliss.