The Berlin Wall had only just fallen when 15,000 students gathered in Prague on 17 November 1989.

It was a moment that precipitated the end of communism in Czechoslovakia and is being marked 30 years on by the people of two states, Czechs and Slovaks.

Three memorable locations in the Czech capital symbolise the Communist regime and its downfall – a peaceful overthrow that became known as the Velvet Revolution.
Letna Plain
“I lived in the very centre of Prague, 15m from Wenceslas Square,” recalls journalist and translator Tomas Tulinger, now 49.

“I had long hair back then, so whenever there was any form of rebellion against the regime, the police always grabbed me on my way home, even when I hadn’t done anything,” he added, with a throaty laugh.

Tomas attended most of the demonstrations that convulsed Communist Czechoslovakia and remembers the period before 1989 as a time when the only freedom was among families and friends.

The protests began with the peaceful 17 November student march that was brutally suppressed by riot police; subsequent mass protests on Wenceslas Square addressed by dissident playwright Vaclav Havel; and then, the largest protest of all on Letna Plain, which attracted an estimated 800,000 people.

Thirty years on, Tomas has conflicted feelings about life as he stands by a puddle at Letna. This is a large, barren expanse of land that once hosted the annual May Day parades and, before it was demolished in 1962, Europe’s largest statue of Stalin.

While everything seemed rosy initially, now he feels things are little different from the 1980s. “Things today feel a bit like what we used to call ‘salami communism’ – give the people something to eat, something to drink, and they will shut up.”

For many Czechs, the liberal and humanist values espoused by ex-president Vaclav Havel, who died in 2011, are now highly toxic.

Tomas no longer lives in Prague and complains attitudes in his small town are far less enlightened and tolerant than in the cosmopolitan capital.

He opens his jacket to reveal a T-shirt with the slogan Havel A Nice Day. “If I wore this in Litomerice, I would either be directly assaulted or at least frowned upon.”

Mala strana
A shortish tram ride takes you down the hill to Mala Strana, the Lesser Side, with its ancient red roofs nestling in the shadows of Prague Castle.

It is home to one of the five most visited tourist attractions in Prague – the Lennon Wall, a short stretch of wall shaded by trees opposite the French embassy. 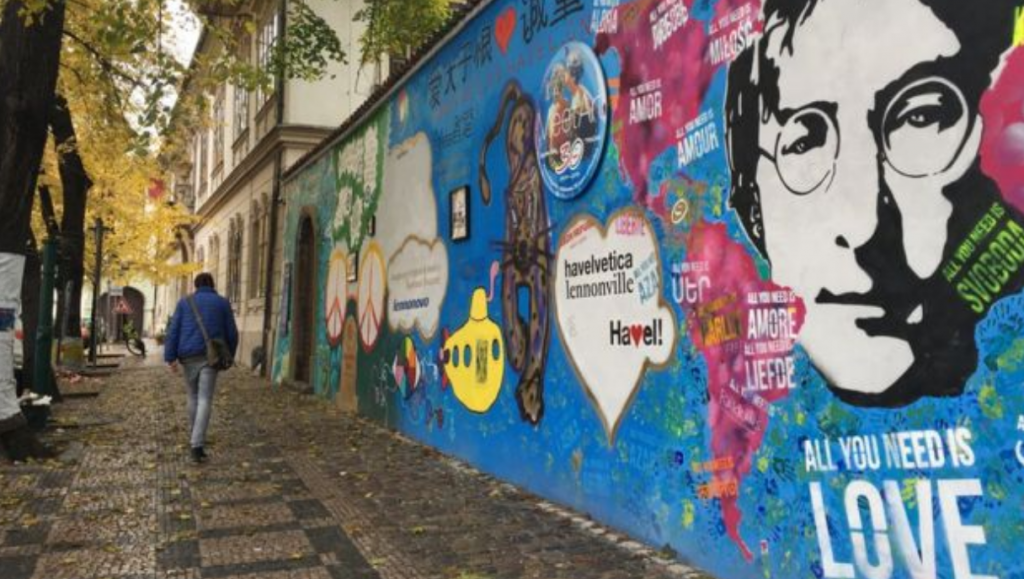 “In 1980, when John Lennon died, someone painted over the little water faucet that was built into the wall to make it look like a gravestone for Lennon,” said artist and designer Pavel Stastny, who was a 24-year-old gallery curator in 1989.

Stastny was chosen to design a logo for Havel’s Civic Forum, the political movement that rushed in to fill the vacuum left by the collapsing Communist regime. 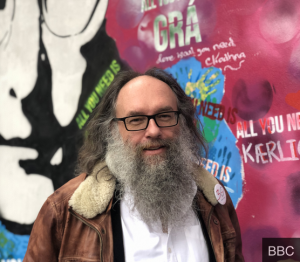 The little shrine quickly became a problem for the authorities.

It began to attract long-haired “underground” types who listened to Western music and refused to conform to the norms of socialist society. They were repeatedly harassed, arrested and beaten by the police, and the increasingly political messages were painted over again and again.

But the new-found freedom of 1989 brought its own problems. Until recently foreign visitors were being handed cans of spray paint by their guides and encouraged to add their own creations. The result left graffiti on neighbouring buildings, cars, even trees.

The wall’s owners, the Sovereign Order of Malta, had had enough. The new wall, designed by Stastny, features designated areas where scrawling is permitted, and is covered in a layer of anti-graffiti paint for when things get out of hand.

“But the freedom is still there,” he insisted.

Konev Statue
Across town, in the capital’s biggest district, Prague 6, there’s another memorial from 1980.

This one, though, is very much official – a bronze statue of Ivan Stepanovich Konev, the Soviet general whose forces liberated much of the country from the Nazis. But Konev was not, as the original communist-era plaque claimed, the “saviour of Prague”. 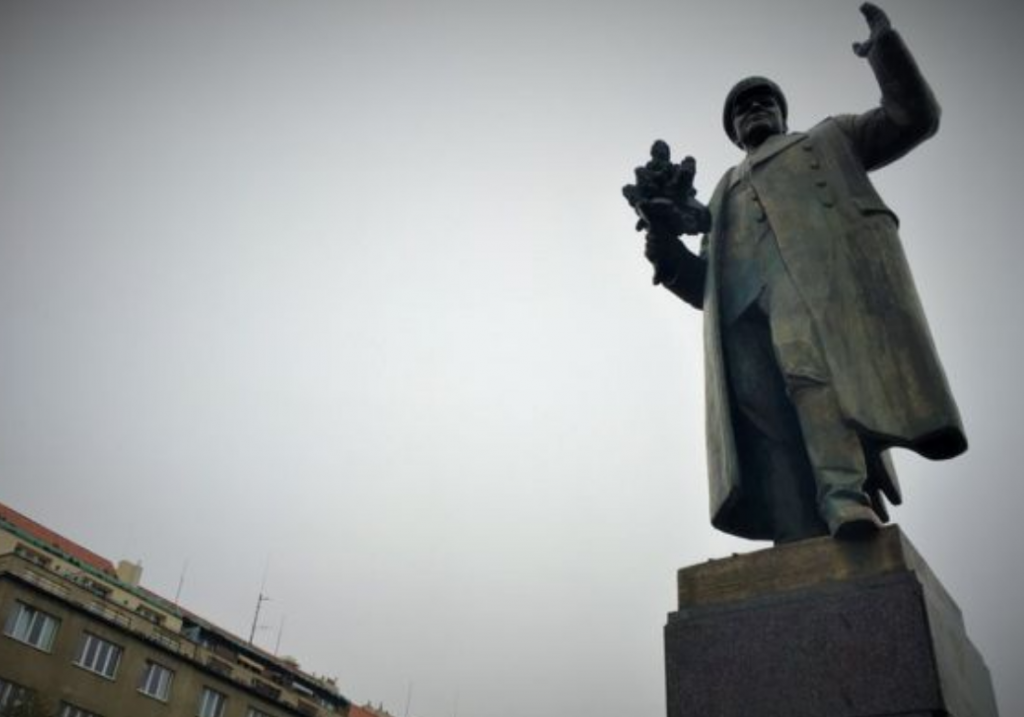 “Although Marshal Konev led the Soviet troops that liberated most of Czechoslovakia, he and his troops did not liberate Prague,” said Ondrej Kolar, the centre-right mayor of Prague 6, who is proceeding with plans to move the statue to a different location.

The decision has provoked fury from the Communist Party, the Russian embassy and far-right groups.

“Prague was liberated by itself,” added the mayor, explaining that the Czech capital was freed in a popular uprising with the support of anti-Soviet Russian soldiers who had fled the Red Army.

Konev and his soldiers didn’t arrive in the city until 9 May 1945. He was accompanied by the notorious Smersh Soviet counter-intelligence, which swiftly set about abducting Russian emigres and whisking them off to the gulag prison camps.

Konev also oversaw the brutal suppression of the 1956 Hungarian Uprising.

Years of bickering over the wording of the plaque descended during the summer into scuffles. A tarpaulin protecting it, ostensibly from red paint, was repeatedly torn down.

Ondrej Kolar, who was five in 1989, has received so much abuse over the plan he briefly needed police protection.

Prague is a city of ghosts, and at these three sites the past is never far away.