It was the very early 1990s and Richard Fidler was in love. Having just finished a tour with the Doug Anthony Allstars, he suggested to his beloved that they have a night in a swanky hotel.

Fidler had recently been in Prague, where he had witnessed the immediate aftermath of the Velvet Revolution, when the democratic impulse of the Czech people turfed out a decrepit communist regime. He had been bending his now-wife Khym’s ears about it for ages and, he says, she was probably getting bored.

So imagine his surprise at breakfast when he looked up to see Alexander Dubcek, the leader of the failed Prague Spring of 1968 that led to in the Soviet invasion of Czechoslovakia.

‘‘It felt like a hallucination. I bowled up to him stupidly with a pen and paper borrowed from a waiter – stupid, what is he? A political Elvis? He smiled and sadly stabbed a cursory signature. I don’t know what I wanted from him at the moment. I think I wanted to gush, ‘I was there’. It was so exciting

‘‘But he was truly tragic figure. A foolish one, but ultimately a good-hearted man ahead of the curve in 1968 but by the time it was all over [in late 1989] history had passed him by. By then, he wasn’t going to be president.’’ 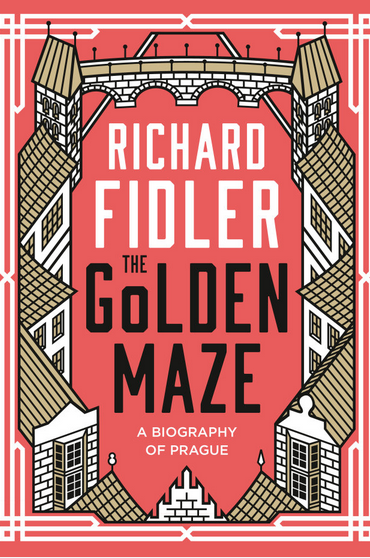 Fidler, best known these days for his Conversations on ABC Radio, tells the story in his new book, The Golden Maze: A History of Prague. (He has already written books about the Ottoman Empire and Iceland.) He first went to the Czech capital in January 1990, wanting to sample the heady elation of a shift from dictatorship to democracy, and was entranced by the city and its people.

He has written the book 30 years later, he says, because he has sufficient distance to reflect on those events and his younger self.

‘‘It was the beginning of a new cycle in world history that is coming rapidly to an end now. That also gives it some shape and perspective. You remember Francis Fukuyama’s theory that we’ve all arrived at a liberal democracy market economy consensus now and that’s the way it will stay forever. It seemed spurious at the time and has turned out not to be true at all as quite a few of the countries that were a part of that wave of revolutions have now slipped back into nationalism and autocracy.’’

Fidler says publishing his book during a pandemic is both terrible and perfect: while a reader might want to take The Golden Maze as a guide on a trip to Prague, it was also intended for armchair travel, cycling through the city’s history from the dark ages to the early 21st century.

Havel, playwright and dissident, became first president of post-communist Czechoslovakia and in 1993 inaugural president of the Czech Republic after the Velvet Divorce from Slovakia. Fidler sees him as heroic, tragic and as a misunderstood man.

‘‘His job was to bring that damaged beaten nation across the threshold to being a liberal democratic nation, to recover its liberal democratic origins from when it was established as nation by Tomas Masaryk in 1918. Reading him today is completely thrilling, his writing has aged extremely really well, his political essays. Less so his plays.’’

Fidler again tells the story of how the British and French dealt with Czechoslovakia in the lead-up to World War II, but from the Czech point of view.

‘‘It gives a new way of looking at that catastrophe where Britain and France shamefully threw that country to the wolves in the expectation that it buy them some peace and the cruel and disgusting way they went about it. It’s no wonder Prague’s bright young things at that point turned to communism because western democracy seemed to them to be so degenerate, feeble and weak kneed in its response to fascism. And as a result you end up with it falling into the grip of Stalinism. It’s so tragic.’’

In his book, Fidler describes Prague as a city where history is ‘‘written in pencil, erased, rewritten and erased again … a fabulous palimpsest of stories.’’ He has told a lot of them for anyone going there – or stuck in their armchair.

Richard Fidler is a guest of the Canberra Writers Festival on August 15.