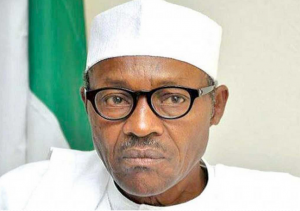 They have never met his classmates or, better still, his students or subordinates in the artillery brigade of the Nigerian Army!I have met a few but one especially comes to mind. And his testimony, many years ago, long before Buhari became president, can be summed up thus: if Buhari did not have a school certificate and he was that good as a student, then an officer as well as a trainer, glory be to God! A voracious reader then and a meticulous teacher who was always ahead of his peers, he was so disciplined in class and stingy with marks that to pass through Buhari with whatever grade was enough a badge of honour.

Ever since the statement by the President to the effect that he had not read and would not bother to read the report of the 2014 national conference, however, I have been worried.

My position that Nigeria needs that report and that its implementation in whatever form would mark the beginning of the much-desired Nigerian renaissance is well known. Ignoring the report, therefore, is a disservice to this country’s future.

My worry, however, is not Buhari’s publicly stated decision to consign that body of ideas to the archives but his disposition to ideas in general, as illustrated by that dismissal of a very important, almost indispensable, body of work!

My worry is that a certain modicum of intellectual curiousity is expected of any leader, especially of a complex country like Nigeria with its complicated challenges, a curiousity on ideas from anywhere and on anything with a view to coming to the closest truth of a decision. By being so scornful, throwing a report into the archives without even the slightest query or examination, no matter how knowledgeable the leader is, however wise he may be, he has demonstrated a terrible disdain for ideas search, a wrong disposition for which the country may pay very dearly sooner or later.

And it is against this background that I went into a reflection on whose spirit to summon in the search for help for Buhari on his need to cast the net very wide for ideas as he seeks to re-build Nigeria.

I then remembered Vaclav Havel, the late Czech writer who believed nothing could trump the potency of ideas and that the greatest battles are waged and won in the mind. Havel spent many years in and out of Communist prisons and endured the suppression of his plays and essays. He led his people in protests and eventually won freedom for them. A grateful people made him their president for 14 years.

He is renowned as having personified the essence of the Czech nation and his moral authority was unparalleled before and after gaining power. Even after he quit the Czech presidency in 2003, he remained a moral guide to many, including world leaders who often sought him out for counsel. When he met President Barack Obama in March 2009, Havel warned of the perils of limitless hope being retailed by any leader especially on account of such leader’s perceived infallibility and reverence by the people. According to Havel, an unmitigated investment of trust could lead to disappointments which could boil over into anger, with the result that the people’s hero runs the risk at arriving at villainy faster than usual. Obama, retailer of the most audacious of hopes, was quick to admit this as a leader from whom almost the impossible was being expected.

President Muhammadu Buhari, he of very audacious changes promised, needs the words of Vaclav Havel now!Buhari may wish to know that Havel was a strident warrior against any form of authoritarian rule and what he regarded as its humiliation of the human spirit.

In his much celebrate essay “The Power of the Powerless,” written in 1978, but which circulated largely underground because his writings were banned, he correctly predicted that the forces of freedom would triumph over dictatorship.Before then, in 1975, he attacked what he called a “political apartheid” which separated the rulers from the ruled.

His most eloquent words were reserved for dictators in the garb of democrats, pretenders to the course of the people while listening only to themselves, repressors of progress in the guise of promoting unity and those who deny the individuality of each, who conveniently ignore the diversity of all just to maintain the hegemony of a few. Hence he railed against a ruling elite which he said had chosen “the most dangerous road for society: the path of inner decay for the sake of outward appearances; of deadening life for the sake of increasing uniformity.”

In July 1992, as Czechoslovakia began to break up, Havel chose not to supervise the split and resigned as president. Of course, he was an idealist whose ideas sometimes ran against the grain of reality and he was ever quick to admit that the transformation from the comfort zone of a philosopher into that of a king was not an easy one for him.

Yet, his ideas were right. Only that the people failed to catch up with him in the race to take them to the future!It is not surprising therefore that his life-long worry over the predisposition of the people to passivity in the face of impunity was probably one of the reasons he remained a crusader even while in office as president. He cherished the rule of law and freedom and always decried the “the tendency to make compromises with evil, to close one’s eyes to dictatorship…”

The most inflammable fuel for dictatorship, of course, is sycophantic adulation, denying the leader the truth or telling him he is the best thing to happen when the worst is thriving on his watch. Buhari does not deserve, and, I hope, would not condone that kind of state of affairs.

To escape ascending the vacuous Throne of One Who Knows It All In The Knowledge Of Nothing, however, the president must develop a special taste for ideas that is required of a leader of the world’s leading Black nation.

In an interview in 1992, Vaclav Havel made one of the most illustrative statements about the connection between a leader’s personal style, preferences on the most mundane matters, his idiosyncrasies, and his governing style.

According to him, good taste plays an important role in politics for the singular reason that good taste is a visible manifestation of human sensibility toward the world, environment, people and everything!

He then narrated the story of how he assumed the presidency of Czechoslovakia and arrived the presidential castle as well as other governmental residences inherited from previous leaders in the communist era and was confronted with poor taste. Empty libraries of books where there were libraries at all! Tasteless furniture and, for a country so rich in history, tasteless pictures and works of art. “Only then did I realize how closely the bad taste of rulers was connected with their bad way of ruling,” Havel exclaimed!

He then went on to discuss how much good taste meant to politics and leadership. During political talks, he said, the feeling of how and when to convey something, of how long to speak, the degree of attention, how to address the public, forms to be used not to offend someone’s dignity and on the other hand, to say what has to be said, ‘’all these play a major role and all these political behaviours relate to good taste in a broader sense.”

With these words, Havel, ever the bohemian, a lover of good wine, cigar and even beautiful women, was first to say he spoke not of a taste at knowing which tie matched a particular shirt, which wine went with a meal or which colour of furniture worked in a particular room, but what nourishment of ideas and in
what quantity, was good for a leader’s soul.

I would not know which books President Muhammadu Buhari reads, in addition to cabinet memos and other submissions by his advisers, formal and informal. He will do well, however, to develop a taste for ideas through books or, if he already has, to expand his scope of mind refinement.

As he governs Nigeria at these difficult times, while it may not show through so easily, Buhari may truly be possessed of what the renowned African-American scholar, Cornel West, calls a moral vision, a sense of sympathy and empathy for the people, one that never loses sight of the humanity of Nigerians. But he still needs to open up his mind to much more ideas, expand his outlook by consuming much more than he does now, including ideas from the archives!

Only then would he be able to take what West calls a ‘critical courageous stand,’ in which Buhari would not only have the courage of his convictions but the courage to attack his own convictions!

Only then would he develop a sophistication of the mind that can serve Nigeria better. Only then can his much-vaunted integrity become better informed, better deployed, even as a mere signaling instrument, and, therefore, much more useful to his country.