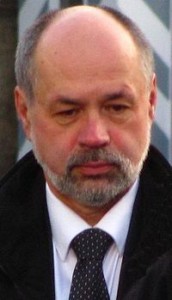 Prague, Nov 28 (CTK) – The era of prominent politicians who promoted the legacy of Vaclav Havel and occupied leading posts in major Czech political parties is over, Jiri Pehe wrote in Saturday’s issue of Právo in relation to the fact that Karel Schwarzenberg left the post of TOP 09 chairman last weekend.

However, Schwarzenberg was a representative of the prevailingly right-wing part of the camp of supporters of Havel´s legacy and TOP 09 politics did not appeal to the environmentally and liberally minded left-wingers who identified with Havel, Pehe writes.

But Schwarzenberg sometimes succeeded in uniting these two camps, for example in the presidential election and in some foreign affairs, Pehe writes.

Schwarzenberg, 78, headed Havel´s presidential office in the early 1990s, he was foreign minister from 2007 to 2013, and he lost the fight for presidency to Milos Zeman in the country´s first direct presidential election in early 2013.

Without its symbol, Schwarzenberg, TOP 09 will be just one of the Czech right-wing parties. It will be interesting to see whom Prague right-wing intellectuals will be politically supporting, Pehe says.

Miroslav Kalousek who will be TOP 09´s official leader now, is a controversial, yet definitely skilful politician who is remarkable for his sharpness and intelligence. However, he is not a statesman, he focuses on home politics and is mostly unconcerned with foreign affairs, Pehe writes.

This will be a problem for many TOP 09 supporters. They have chosen TOP 09 because Schwarzenberg had a European and Atlantic dimension, unlike the anti-EU ideology of the right-wing Civic Democrats (ODS) and the provincial centrist Christian Democrats (KDU-CSL), Pehe writes.

The situation on the right wing is becoming rather confused in the Czech Republic. The “patrician” TOP 09 will be led by an absolute political plebeian, while the ODS as the stronghold of “plebeians” and the new business class “without a pedigree” is headed by an university professor, Petr Fiala, Pehe writes.

It is possible that the time has come for the two right-wing parties, the ODS and TOP 09, to start considering their merger because the big differences between them will be blurred with Schwarzenberg´s departure, Pehe concludes.

Copyright 2015 by the Czech News Agency (ČTK). All rights reserved.