February 7, 2020 (Ezega.com) — When archeologists and evolutionary biologists study the development of human beings, they look for cave drawings and other artistic expressions such as tool making. These are important since they are manifestations of mental progress. On top of that, they are ways of sharing our unique experiences with others. Throughout history, art stood as the mark of the human intellect, which is revealed through creative works. In modern times too, the work of artists is adored because it shows the endless stream of our imagination. Leonardo Da Vinci embodies the complete meaning of a genius artist since he was a painter, sculptor, engineer, scientist, and architect. Everything he did create new possibilities for every human being across space and time. He was constantly opposed by the authorities and people of his age, yet it was through him and others like him that the Italian Renaissance became a reality. Da Vinci has set a standard for artists through his imagination, creativity, bravery, and loyalty to the truth that he knew and pursued to fruition. Presently, artistic expression has been jeopardized primarily because the artist could not stand against political and societal obstacles and be worthy of the name. 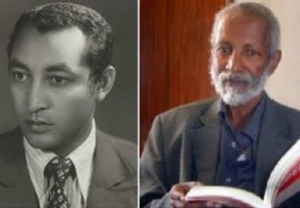 The reason behind an action can determine the value, and it is important to know why artists create. As the German philosopher, Immanuel Kant states, it is not based on the outcome of an action but through the intention that we can find the value of the act. Thus I ask: why does the writer write; the painter paint; or the singer sing? Although there are numerous reasons, the top ones have to do with personal or societal interests. It could be for society when the artist feels that there should be something done about the defects in the current system. It could be personal as a way of finding relief from the burden of thoughts by making them part of reality. This could also be for the sake of a truth that the artist wants to glorify. Yet, our post-truth age has given birth to a new breed under the name of commercial artists, who strive solely for fame and money.

There are two opposing sides to artistic expression. These are commonly categorized as supporters of ‘Art for art’s sake’ and supporters of ‘Art for societal sake’. The basic difference arises from the argument on the obligation of the artist: either to the society or to one’s inner callings. When we claim art should be done for art’s sake, we are saying that the artist should only listen to the creative expression within oneself despite the consequences. In other words, the artist is not under any obligation from society because artistic expression can only be realized with complete personal freedom. In this category, we find realistic writers such as Emile Zola of France and Sebhat Gebre-Egziabher of Ethiopia, who try to reflect reality as it truly exists by living the choice to either accept or reject it to society. On the other hand, there are those who argue that the artist has an obligation to society since the final work is presented to people. This means the artist plays the role of an educator by respecting societal values and by opposing the system as defender of the people. In this category, we find writers such as Aleksandr Solzhenitsyn of Russia and Be’alu Girma of Ethiopia, who tried to expose the problems in the existing political system of their times and ended up paying dearly. Sadly, the commercial artist is not found in any of the two categories since he/she cares nothing of art or society.

The real enemies of the people are commercial artists. They are not even real artists because they don’t possess an inner truth expressed through creativity. They rather feed on societal problems in order to gain personal fame and money. During the Italian occupation of Ethiopia, there were many Ethiopian artists who sided with Italy and spread propaganda. In recent times too, there were Ethiopian artists who sided with the government and manipulated the public. When I look at artists who sing about national or ethnic pride and patriotism, I get the feeling that they are exploiting the mob in its irrationality rather than preventing it. Such commercial artists smear the name of true art for they only think of their personal gains at the expense of others. Yet, we should not lose hope because we also have real artists that echo the truth. True artists in the 1960s emerged from university students, who composed voluminous poems that inspired change and revolution and served as the voice of the people. Sadly, our generation lacks such voices since the center stage is occupied by political affiliates.

The writer is bound to face challenges while expressing inner truth or while serving society. In both cases, the artist has to have loyalty to the truth, which can threaten the existing political and social system. It is not the intention of the artist to arbitrarily oppose the system. If he did, it is because s/he lives and expresses the truth, which may end up threatening a corrupt system. Vaclav Havel in his book, ‘The power of the powerless’ expresses this by saying, “I know that there is an invisible line you cross – without even wanting to or becoming aware of it – beyond which they cease to treat you as a writer who happens to be a concerned citizen and begin talking of you as a ‘dissident’.” This is exactly what happened to writers like Be’alu Girma. When Be’alu Girma wrote the book ‘Oromay’, he was showing the truth, but the truth was a threat to the Derg regime and led to his disappearance. The renowned writer Dagnachew Worku spoke of ‘Oromay’ and the consequences by saying that Be’alu wrote the “common knowledge in Addis Ababa at the time, but perhaps he underestimated the power of the printed word.” Even the common truth of maladjustment becomes a threat when presented artistically. Freedom of artistic expression is important precisely because it makes the truth louder and undeniable. Accordingly, those who are faithful to art or to society deserve admiration for courageously defending the truth.

Real artistic expression is necessary for the progress of any country. We should remember that before the Wright Brothers invented the airplane, Da Vinci expressed it in his painting. Nietzsche states the effect and power of the artist under the title ‘Music as an advocate’ in ‘The Gay Science’ by stating, “’I am thirsting for a composer,’ said an innovator to his disciple, ‘who would learn my ideas from me and transpose them into his language; that way I should reach men’s ears and hearts far better. With music one can seduce men to every error and every truth: who could refute a tone?’” Even the hard and cruel truth becomes more acceptable through art, and so the artist should use it to reach the hearts of the people and bring about change.