Liu Xia, the widow of Chinese dissident Liu Xiaobo, arrived in New York late on Tuesday for what is expected to be her first formal appearance since settling in Berlin two months ago after nearly eight years of de facto house arrest in Beijing. 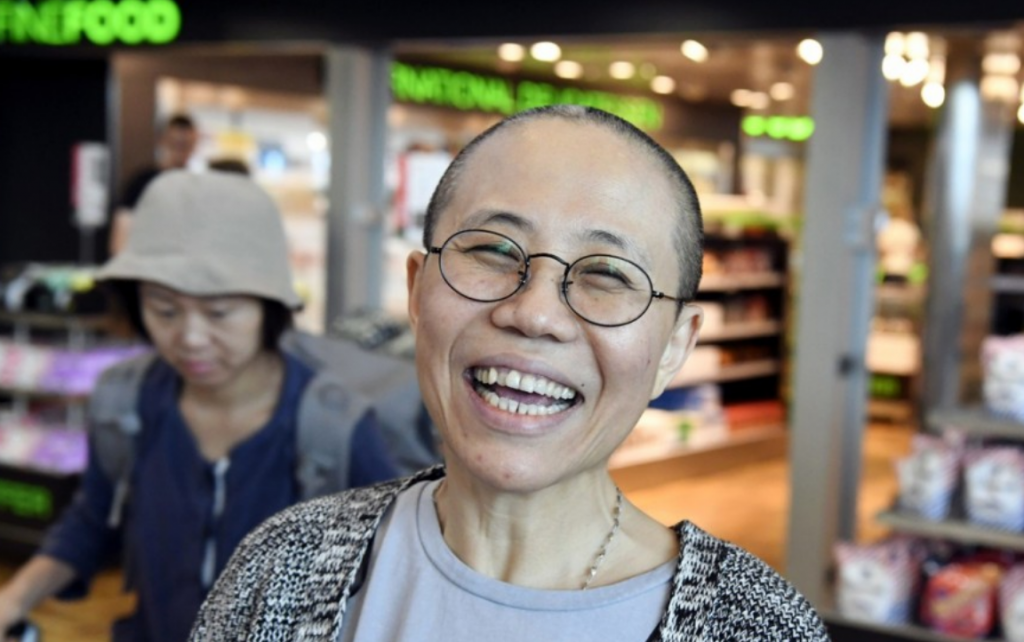 Her friend, Berlin-based exiled Chinese writer Liao Yiwu announced on Twitter that they were in New York, along with members of his family, to attend a panel discussion and awards ceremony hosted by the Václav Havel Library Foundation. 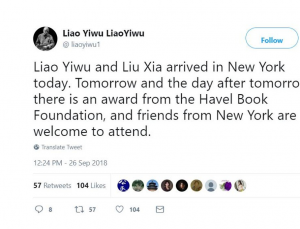 The panel discussion, “The Power of the Powerless in China”, takes place on Wednesday afternoon and will also be attended by leading China specialist and human rights advocate Professor Andrew Nathan from Columbia University.

On Thursday, Liao will be presented with the Václav Havel Library Foundation’s 2018 Disturbing the Peace Award for a Courageous Writer at Risk. Liu Xia, who was also nominated for the award, is expected to accompany Liao to the ceremony.

The award recognises Liao as a consistent vocal critic of China’s Communist regime. He was jailed for four years after publicly reciting his poem “Massacre” in memory of the Tiananmen Square crackdown on June 4, 1989.

The 57-year-old Liu Xia was locked down in her apartment for most of the past eight years, after her late husband was awarded the Nobel Peace Prize in 2010. During that time her personal well-being, including severe depression and heart problems, was a humanitarian concern among international communities that worked relentlessly toward her freedom.

Liu Xia was released to go to Berlin in mid-July, just days before the one-year anniversary of Liu Xiaobo’s death, on condition that her younger brother Liu Hui stay behind in China.

Since arriving in Berlin, Liu Xia has avoided being seen in public and her health, which suffered during her virtual house arrest, has seen significant improvement, according to Liu Hui.

While in New York Liao will also join Wang Dan, former student of Liu Xiaobo and a leader of the 1989 Tiananmen student movement, to read poems by the late dissident on October 1st.

It is unclear whether Liu Xia will attend.