Source: Radio Free Asia / www.rfa.org / Reported by Ng Yik-tung and Sing Man for RFA’s Cantonese Service, and by Shi Shan for the Mandarin Service. Translated and edited by Luisetta Mudie /

Liu Xia, widow of late Nobel peace laureate and prisoner of conscience Liu Xiaobo, has made her first trip to the United States since beginning a new life in Germany following eight years under house arrest. 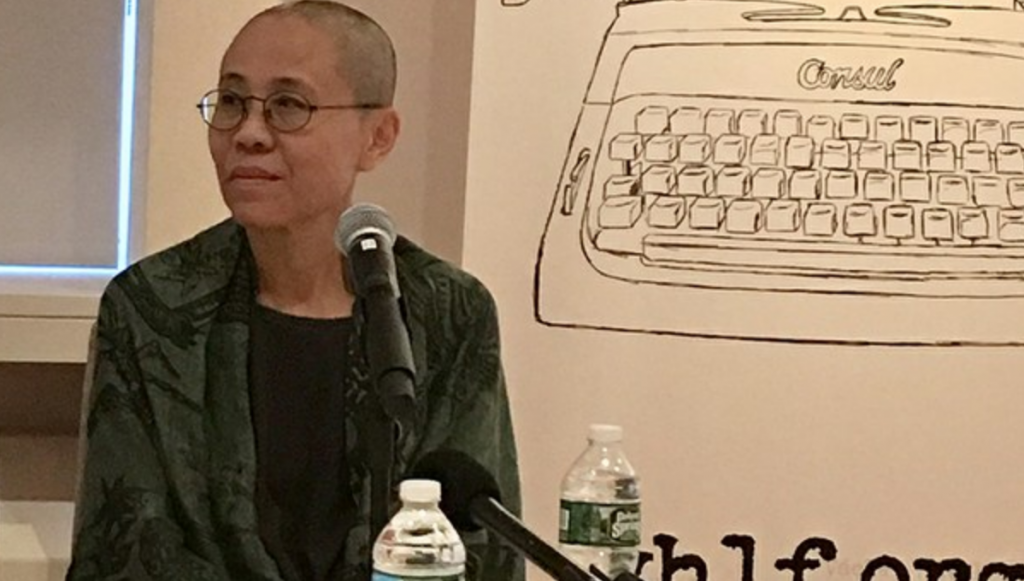 Liu appeared on Wednesday evening at an award ceremony and panel discussion in New York, where Germany-based Chinese writer and close friend Liao Yiwu received an award from the Vaclav Havel Foundation.

She received immediate applause from the audience on entering the venue, but said little about her situation, or her experiences under house arrest, other than to thank her supporters.

“I would like to thank the Vaclav Havel Foundation for inviting me to come here on this trip, and everyone here,” she told the audience.

Liu shared a brief anecdote from the period she spent with her husband shortly before his death in July 2017.

“I got a message from the Kafka office in Prague,” she told the panel, who has described her years under house arrest as “more absurd than anything Kafka could have written.”

“One of the questions they asked was whether one day he would return to the public eye, and whether he had the power to rally the public … and I told Xiaobo that I can’t see how that could happen,” she said, adding: “Liu Xiaobo smiled after hearing that.”

Liu Xia added: “Thank you, too, to all of the friends who have worked so hard on my behalf in the past few years.”

But Liu also told the audience she wouldn’t “say much more” about her life or that of her late husband.

Nervous and under pressure

U.S.-based legal scholar and rights activist Teng Biao said she appeared nervous and under pressure during her first public appearance since her exile.

“This was the first time Liu Xia has spoken in public, but overall it seems as if she is still under a huge amount of pressure,” Teng told RFA. “Perhaps it’s that she feels uncomfortable discussing her relationship with Liu Xiaobo in front of everyone.”

“But it could also be that she is worried that her family members back home in China could be affected [by anything she says overseas],” he said.

Teng said Liu Xiaobo, Liu Xia and Liao Yiwu were all perfect examples of the theme of the panel discussion, “The Power of the Powerless,” which examined the effects of totalitarian suppression on dissidents.

“They are extremely good examples of the power of the powerless, and the impact that speaking the truth can have,” he said. “[Also of how] the power of [individual] conscience will always emerge … these are deeply political forces of resistance.”

Liu Xia, a 57-year-old poet and artist, arrived to begin a life in exile in Germany last July, after months of uncertainty over her fate.

She had been held by China’s state security police under house arrest from the time her then-jailed husband’s Nobel Prize was announced in October 2010, and was only seen briefly in public at Liu Xiaobo’s funeral in July 2017.

Liu Xiaobo died on July 13, 2017 of late-stage liver cancer, while serving an 11-year jail term for subversion, and the authorities denied requests for him and Liu Xia to travel overseas to seek medical treatment.

He was detained in 2008 after co-authoring a call for sweeping political change in China, titled Charter 08 and sentenced a year later, on Christmas Day, 2009.

Eyewitnesses say he played a crucial role in negotiating a truce between student protesters and People’s Liberation Army troops sent in to end the protests at Beijing’s Tiananmen Square on the night of June 3-4, 1989, enabling hundreds to leave safely.