Latif Yahia, Uday Hussein’s former body double reminisced that his imposed “employer” promised him and other torture victims to make them “happy”. No matter the continent or regime, political dissidents remember (and still hear…) an equally sickening threat: “We will keep you busy”. 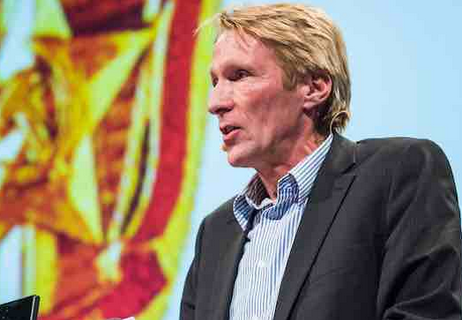 When German government declassified Stasi files (1992), the greatest shock was delivered not by the facts that special machines had “discreetly” opened letters, or that human scent had been “collected”, but by the methodology of Zersetzung – “biodegradation” of dissidents.

The set of degenerate strategies disguised as “operational procedures” aimed to “keep the groups busy with their internal problems”, targeted “hostile and negative individuals” and quite literally- intended to destroy pet-hates of the regime. Stasi used “subtle” gaslighting to make the target question his sanity (moving things around at the dissident’s home belonged to “favorites”), bulldozed marriages and created smear campaigns at target’s workplace. The increasingly vulnerable human being too “busy” to fight was to sink into poverty, helplessness and despair.

Who was considered a dissident? According to famous ex-dissident Vaclav Havel: “You do not become a ‘‘dissident’’ just because you decide one day to take up this most unusual career. You are thrown into it by your personal sense of responsibility, combined with a complex set of external circumstances. You are cast out of the existing structures and placed in a position of conflict with them. It begins as an attempt to do your work well, and ends with being branded an enemy of society.”

On the occasion of the 25th anniversary of peaceful revolution in Germany,  specialist in GDR history Hubertus Knabe talked about “the dark secrets of a surveillance state” and rightly referred to Stasi as “state in state”. Every state in state has used legal and medical abuse to “discourage” dissent, turned pet hates into “vulnerable populations” and kept dissidents busy with tax harassment and blacklisting for jobs.  Every organization, party or upper class “elite” that grew into a country’s system as an octopus, ends up so intoxicated with hubris that they are willing to enslave the “commoners” and even reach for their minds and souls.

Would you believe a target’s testimony? Would you believe an exhausted fellow human being, if he claimed he lost job due to gang-stalking or that his family was destroyed by an external hostile action? Well, probably not, as even the “targets” aware of ongoing persecution often ignore the level of perversion and extent of the damage that has been done to them. The realization, (and often a form of relief) is brought by multiple testimonies of the same crimes or declassification of “secret files”. That is, if they are ever declassified.

Every “new” government meaning to bring change must learn to listen and truly hear.

No matter if an exhausted, deplorable voice comes from a rez, from a small town in Montana, from “Veteran’s quarters” on Skid Row, or from Leavenworth cell still containing American soldiers.

As Ronald Reagan put it: “Freedom is never more than one generation from extinction. We didn’t pass it to our children in bloodstream. It must be fought for, protected, and handed on for them to do the same, or one day we will spend our sunset years telling our children and our children’s children what it was once like in the United States where men were free.”

History is a very strict and meticulous teacher, constantly reminding us to get our homework done. Whenever a nation tried to “forget all about it” and to sew up the infected “wound” with the thread of silence the entire country was “kept busy” for decades.

When an individual is blacklisted for jobs, harassed by taxes, subjected to illegal surveillance and threatened by thugs – his country´s freedom is arrested by politicism

Hubertus Knabe: The dark secrets of a surveillance state