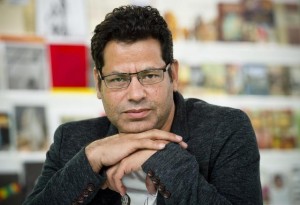 Biltagi took part in a discussion about Havel, organised by The Vaclav Havel Library, at the opening of the Book World Prague 2015 festival today.

Biltagi said Egyptians got acquainted with Havel´s work already in the 1960s when a translation of his absurd drama The Garden Party was published.

Havel´s essay The Power of the Powerless was available in Egypt in an English translation at first. Biltagi translated it from Czech to Arabic three years ago.

“The Power of the Powerless definitely had a very positive response in our society and it certainly had an influence,” Biltagi told CTK.

In the past, this essay was mostly read by political activists and the Arabic translation made it available to the broad public, he said.

During the authoritarian regime of Hosni Mubarak, more politically critical books like Havel´s essay were issued in Egypt, such as the famous political fiction Nineteen Eighty-Four by George Orwell, Biltagi said.

But people had to be careful about what they said, he added.

Biltagi said the Egyptian Culture Ministry issued a new edition of Nineteen Eighty-Four earlier this year, but a young student was recently arrested for two or three days because he owned this book.

He said the present regime in Egypt is more or less the same as that of Mubarak.

In 2011, Mubarak had to give up power after 30 years of being Egyptian president. The Islamist Muslim Brotherhood temporarily ruled the country and in 2013 the military seized power and General Abdel Fattah el-Sisi has become president last summer.

Biltagi said Egyptian society has divided in two groups after the recent political unrest. A smaller but increasing group calls for real changes in the state, while the larger group supports any regime that is in power, he said.