It’s likely time most of us agreed that we collectively have no idea where democracy is going. And if numerous polls are correct, living in such a situation is creating increased insecurity and tensions among citizens around the world.

It’s at times like the present when Vaclav Havel, former independence activist, playwright, and president of Czechoslovakia, might have something to offer us, despite the fact that he died some six years ago. It wasn’t by accident that the New York Times called him the “global ambassador for conscience.”

He, too, lived in a world of turbulence. With the Soviet Union breaking apart, no one was quite sure what would arise to take its place. In such times voices of conscience can become signposts for leading us out of our collective confusion. Or as Canadian author Louise Penny put it: “Don’t mistake dramatics for conscience.” There is a difference between the frenetic actions of the present democracy and the gentle pull of conscience. 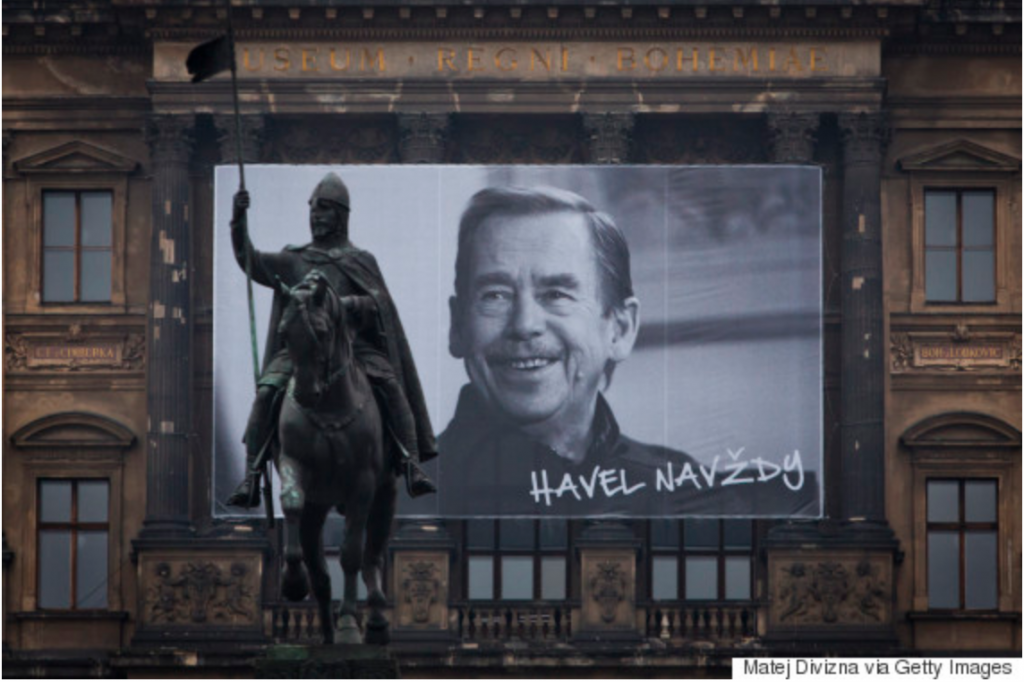 In our modern world everyone seems to have an answer for everything, and the more opinions there are the more confounding everything is becoming. That was happening in Havel’s world as well, but he took a step back and urged his nation to consider what was happening around them: “We have to abandon the arrogant belief that the world is merely a puzzle to be solved.” In recent years we have journeyed down a political path where policies were supported by evidence gathering, science, focus groups, and research. All these things made it seem like the answers to our problems were there, but that we just had to have the best policies to find and implement them.

It didn’t work that way, of course, since all that looking at the world as some great puzzle got us increased unemployment, environmental catastrophe, a yawning gap between rich and poor, overt racism, terrorism, and costly regional conflicts. Whatever the problem, solutions, even researched ones, were never going to be enough. More important than all of these was the abiding need for a better understanding of humanity. That’s why Havel reminded his own citizens: “None of us are just victims; we are also its co-creators.” These were tough words, but then again, the times were tough, too. He would go on to add: “Freedom and democracy require participation and therefore responsible action from us all.”

And while it is true that we see emerging democratic participation at the grassroots level in most democratic countries, it frequently leads to more contention than compromise, to more heat than light. Somewhere in all the debate, protest, anger, confusion, participation and populism, we must find a way of bringing it all together in a way that can move us into a more equitable future. Havel watched political opinions ripping his country apart, so he cautioned:

Can we find a new way of governing that allows us to move forward, to bring politics to a deeper level, to engage our whole beings, and to save our civilization from its collective hubris?

His question was one for the ages, including our own. And it came from an honest place within his being as he watched anger dominating collaboration and absolutism among various factions replace tolerance and understanding. To counter that growing trend, Havel threw out a direct challenge: “There is no need at all for different people, religions and cultures to adapt or conform to one another … I think we help one another best if we make no pretenses, remain ourselves, and simply respect and honour one another, just as we are.” In a world of rigid ideologies that can only lead to autocracy and cultish bigotry, this call to a deeper respect for humanity couldn’t come soon enough.

We need not fear the distinctions that exist within our citizenry if all are prepared to accept those differences while building on our far greater commonalities. And to the politicians among us comes one of Havel’s final observations:

A politician must become a person again — one who can think and act outside of his party. He must learn to trust in the soul of humanity again. Without this, politics itself cannot be overcome.

All this is ours for the making, but only if we take the time to consider where we are headed, who we are electing to office, and what our own part could be in bridging those divides that are presently ripping us apart.