In 1989 the Soviet Bloc countries seized Mikhail Gorbachev’s glasnost (openness) and perestroika (restructuring) policies to put an end to the Soviet Union, maiming its tentacles across the communist Eastern Europe.  This resuscitated democracy hopes and promises of fair, free elections as protestors pushed authoritarian leaders out. 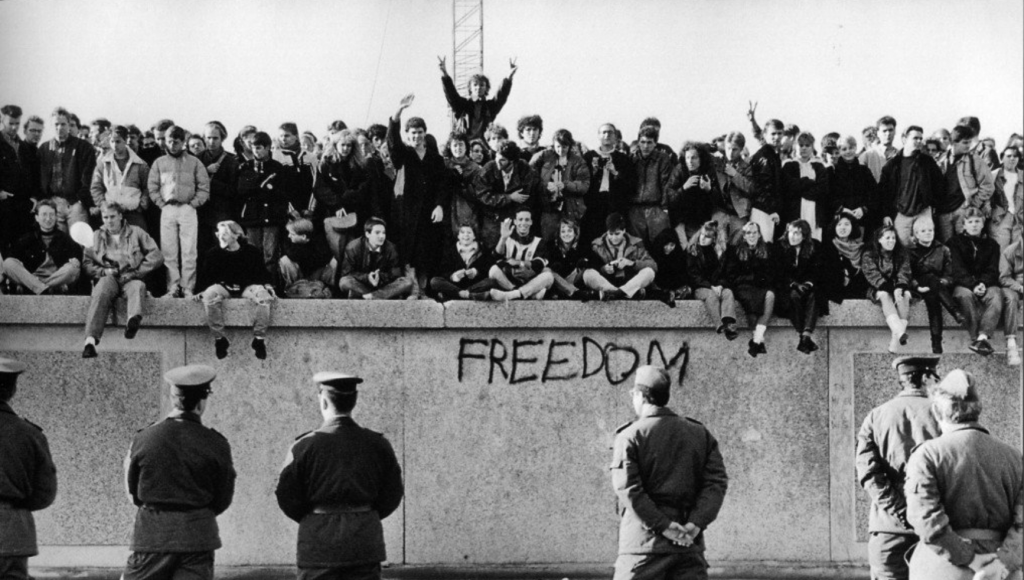 But the planted seeds of democracy didn’t fully bloom everywhere.

Recovering the Promise of 1989

Some 1,200 democracy and human rights advocates and academicians, gathered at the 23rd Forum 2000 Conference in Prague (Oct 13-16), voiced a unified concern over the imperiled future of democracy. There is concern over the rise of powerful authoritarian regimes, human rights violations, racism, Islamophobia and acts of violence across the globe. A recent example being the Nazi salutes by Bulgarian soccer fans at the 2020 qualifier between Bulgaria and England in Sofia.

At the Forum 2000 opening ceremony, held at the ancient site of St. Anne’s Church, Prague Crossroads Center, Jakub Klepal, Forum 2000 Foundation Executive Director, laid out democracy’s decline, and the focus of the three-day conference on “Recovering the Promise of 1989.” Using the symbolism of keys that opened doors to freedom, the conference sessions sounded off shaking keys to ensure freedom isn’t again lost. Klepal underscored the importance to examine this demise in a city where three decades ago “history was written.”

The annual Forum 2000 conference and events organized by the Forum 2000 Foundation preserve the legacy of Václav Havel. The Czech statesman, writer and former dissident was the last president of Czechoslovakia from 1989 until its dissolution in 1992. Havel was the Czech Republic’s first president (1993-2003). Preserving Havel’s legacy, Forum 2000 supports the “values of democracy and respect for human rights, assisting the development of civil society, and encouraging religious, cultural and ethnic tolerance.”

The three-day conference, held at the Žofín Palace island and the Goethe Institute, was packed with panels, workshops, and breakfast meetings. An international group of 140 speakers comprising human rights activists, journalists and academicians tackled challenges facing “liberal democracy’s most demanding moments.” And the urgency to preserve the democratic fervor in keeping the promise of 1989.

The Yemeni journalist, politician, human rights activist and co-founder of Women Journalists Without Chains, Tawakkol Karman, reminisced the hope Arab Spring ignited across the Middle East. She raised caution on the declining “value of democracy under the pretext of national security and war against terrorism.” The isolationism has led to building “more walls.”

“Dictatorship and terrorism are the same side of a coin,” Karman underscored. The Western world’s war against terrorism unleashed “regime change” in authoritarian Middle Eastern countries. Yet, the change, Karman explained, replaced one dictator for another, fostering chaos, and a new wave of violence and terrorism.

Academician and editor-in-chief of the prestigious Vesmír science magazine, Ivan Havel (Vaclav Havel’s brother) underscored how the rapid passing of laws were not in lockstep with the changing of minds. To complete the democratization process and end corruption and oppression requires time, and perhaps a few generations, Havel stated.

“The last decade hasn’t been kind to democracy,” remarked Moldova’s Prime Minister, Maia Sandu in her opening speech. With the fall of the Soviet Union seen as a new beginning, the Harvard Kennedy School graduate returned home to become an activist. Serving as Minister of Education (2012-2015), and in Moldova’s Parliament (2014-2015 and 2019) as the Party of Action and Solidarity leader, Sandu was elected Prime Minister this June. She vows to restore people’s “trust in the state and clean up” the post-Soviet government, which promising democracy turned corrupt.

“On the way to democracy we’ve taken many detours and got lost in the side streets. We can no longer function as an authoritarian government,” Sandu said, encouraging those who don’t trust politicians to become politicians themselves.

Tawakkol Karman praised East Europe’s demand for democracy in 1989 as the inspiration for the young Arab Spring activists. But incited fear amongst Middle East dictators.  While the first steps to gain democracy were successful, the Western powers’ implied support for human rights did not extend support for the Arab Spring protestors. The current youth activists involved in the second Arab Spring wave, Karman said, are not about to give up. She called on Western powers to decide their support for the dictators or those fighting for freedom and democracy.

The Cuban human rights activist, Rosa María Payá Acevedo pointed out the disadvantages of Western powers’ support for the “vision of stability” in countries controlled by a dictator. Acevedo, the daughter of activist Oswaldo Payá, head of the Christian Liberation Movement, took up her father’s activism after his 2012 death under mysterious circumstances. She reminded participants of her father’s motto: “the cost of freedom is the cost of peace”.

“Today’s Latin America is the same as 1989 Eastern Europe–aiming to defeat dictatorship,” Acevedo underscored how the western powers’ “tolerance for Cuba has damaged Latin America’s pursuit for democracy.”

In the age of heightened socio-political anxiety, Dr. Amichai Magen, from Israel’s IDC Herzliya, called for a “21st century energy efficient, smart democracy.”  Democracy needs to be renovated, reformed, and revolutionized, he said.

Liberal democracy won’t return, said sociologist, historian of ideas, and journalist Karolina Wigura, of Poland’s leading weekly magazine, Kultura Liberalna. If revitalized, liberal democracy will deliver “something else,” she said. Despite institutional success, Wigura sees citizens “feeling lost–loss of relationships, and language to express on deeper levels and to connect.” Criticizing how liberal elites’ inability to hold discourse with opposing groups has led to isolationism, Wigura called for redefining ‘liberalism’.

During the Plenary Session with working groups of the International Coalition for Democratic Renewal (ICDR), Coalition members shared planned activities for the coming year.

Carl Gershman, President, National Endowment for Democracy (US) underscored the proven resilience of democracy. Gershman cited how democratic transitions in Moldova, Armenia, Tunisia, Hungry, Poland, and others showed fully engaged protestors demanding their rights and a commitment to democracy. Yet this is unseen in the West.

“We need to re-ignite democracy in established democracies,” Gershman said, encouraging a democratic coalition to counter the authoritarian rules as in the dramatic events unfolding in Hong Kong.

“Hong Kong has a mission to bring new values to our continent,” Cardinal Zen underscored the importance for Hong Kong to gain support from world powers. Asking for “action, voice and prayers” he hopes to transmit universal values of human rights to the Chinese people and across the region.

In solidarity with Hong Kong, and the volatility of its rippling effects in the region, Coalition members voted to offer a letter of support and launch a social media campaign – #StandWithHongKong – to bring attention to the region’s Chinese influence and stronghold.

There were many other calls to action from the working group members. Among them, Chair of the Working Group on Women, Democracy, Human Rights and Security (WDHRS), Nyaradzo Mashayamombe, offered the group as a resource Hub for future conferences in starting mainstream agenda. The WDHRS will issue a pledge to all Forum 2000 attendees to strive for equal and fair representation of women speakers, panelists and participants in all future events, meetings, conferences that the members will be organizing or attending. WDHRS will also develop a database of women activists and academicians as potential speakers and panelists for future meetings.

The Forum 2000 launched after a monumental meeting in 1997 when Havel, Nobel Peace Prize Laureate Elie Wiesel, and Japanese philanthropist Yohei Sasakawa, invited world leaders to Prague to discuss the “challenges humanity was facing on the threshold of a new millennium.” Now a widely recognized international conference series, Forum 2000 offers a platform for global leaders and activists to openly debate and share critical issues on a wide range of topics from national security to religious dialogue to human rights.

This year’s conference underscored the immediacy of solidified actions to preserve democracy’s subsistence worldwide. Not only in threatened democracies, but existing democracies declining in peril.