Everywhere, there are some politicians who take to writing at an opportune time in their careers. They write on current affairs, begin to publish issue-based articles and columns, and a few of them may also write their political memoirs. In developing countries, if these politicians have served jail terms as a part of their resistance, some also come up with prison notebooks. These works make readers not only aware of the life and times of those who write them, but also help us understand the broader political landscape we live in. 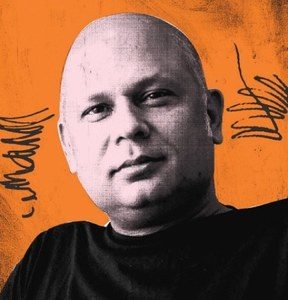 Nevertheless, even if some of these works are accorded significance by students of history and politics, most such writing — in literary terms — is treated as mere chronicling of events. From the multilayered and hugely informative books of Henry Kissinger, to an insightful but rather flat account of Yousaf Raza Gillani, these works remain important to political historians, but not to students of literature. The memoirs of Che Guevara and Nelson Mandela are most inspiring and will remain so forever because of their impassioned documentation of human struggle in the face of oppression, but they are not primarily read for their literary style.

But there is another kind of politician in history as well, one who possesses a talent for producing creative literature. And that, too, of substance. Benjamin Disraeli, Winston Churchill, Theodore Roosevelt, Vaclav Havel — they are all proper writers. Mao Zedong and Zhou Enlai are both considered poets of some merit in Chinese literature. Besides, a large number of significant politicians around the world have drawn influences from pure literature, bringing a certain character and depth to both the content and style of their political writings and speeches.

In our part of the world, the scholarship and literary merit of Maulana Abul Kalam Azad, from among the politicians, remains unmatched. Mohandas Karamchand Gandhi, Jawaharlal Nehru, Maulana Mohammad Ali Jauhar, Maulana Zafar Ali Khan — all had a flair for writing, though most of it not literary. Most politicians in our tradition who have indulged in creative writing took a fancy to the medium of poetry — the likes of Razia Sajjad Zaheer and Sajjad Zaheer being exceptions. From the works of Maulana Hasrat Mohani to Nawabzada Nasrullah Khan, there is a body of exquisite verse that we enjoy from such politicians. Here, I am not including those who were essentially poets and writers, but participated in politics because of their social concerns.

But this breed of politicians who are literary writers is becoming rare. Recently, Harry Mount wrote in the Times Literary Supplement: “Why has the literary politician disappeared? Partly, it’s a time thing. Politicians have much less spare time these days than they did even half a century ago … That expectation of the professional 24/7 politician was not there in the late 19th and early 20th century.” While agreeing with Mount, there is also a general decline in the quality of individuals who take part in politics today.

For instance, in India, where there was such a rich tradition of reading and writing among politicians, we now only find Shashi Tharoor and Karan Singh as writers of definite literary merit. Perhaps there are some more, especially in the South Indian states. But in Pakistan, where there is a desire among those wielding power to convert this country into an intellectual wasteland, the number of literary politicians is even fewer in comparison.

I had once chanced upon a book that compiled the poetry recited and quoted by various members of the pre-Partition Punjab Assembly. It depresses you, when you compare the language of the proceedings of our legislatures then, and the howling and grotesque language of cabinet ministers and assembly members today.

In such times, it was welcome news when veteran politician Afrasiab Khattak, who is steeped in Pashto, Persian and Urdu literature, recently published his collection of verse in Pashto. Equally welcome is the advent of Senator Mian Raza Rabbani, better known for his devout political career and incomparable parliamentary services to the country, on the literary horizon. He has written on legal and legislative issues surrounding federalism and democracy. But some time ago, he also brought out a collection of short stories in English. This year, he has published a novella: The Smile Snatchers.

Rabbani’s book is an artist’s call to the conscience for callous global and national elites, the despots and — to borrow and paraphrase a term from George Bernard Shaw — the shameless members of the idle rich class. It is the story of a sensitive artist, Zaheer, who finds himself captivated by the smiles of children. Soon comes a time when children, afflicted by wars, migrations, calamities and chaos, begin to visit him in his dreams. It is a heart-wrenching tale of the smiles of innocent children snatched by power elites, who foster political unrest and mindless violence to further their material interests across the world.

Our mainstream media and political instability have limited us to only consume the happenings within metropolitan Pakistan. On the one hand, we have become insensitive to suffering elsewhere; on the other, we are unable to understand what Martin Luther King Jr. once said: “Injustice anywhere is a threat to justice everywhere.” Rabbani has a large embrace and successfully weaves the stories of suffering children from many parts of the world and brings them home. There is subtle and not-so-subtle commentary on the oppression exercised by power in Pakistan. The inner angst of the main protagonist, Zaheer, is relatable to any compassionate artist or writer, for this world makes creative minds go through the same agony and distress as experienced by Zaheer.

The writer is a poet and essayist based in Islamabad. His latest book is a collection of verse No Fortunes to Tell