Rehearsal for Truth: A Recap

We have just wrapped up a successful inaugural year of “Rehearsal for Truth”- a Theater Festival in Honor of Vaclav Havel. Partnering with Czech, Hungarian, Polish, and Slovak performing arts institutions, the festival celebrated and honored Havel’s legacy as a playwright and activist, while establishing an exchange between U.S. and Central European theater professionals. Thank you to the performers, production teams, partners, panelists, and audience members for making the festival possible.

We kicked off the Festival on Wednesday, September 27th, with the Hungarian performance group dollardaddy’s production of OTTHON/HOME, a piece loosely based on The Pelican by August Strindberg. The performance was executed in the round in the BNH Ballroom, highlighting the strengths and openness of the actors. This drama about familial politics and economic inequality is still extremely relevant today, allowing for a very personal and powerful experience.

On the second day of the Festival, we welcomed Czech performance group Theatre on the Balustrade for their production of KORESPONDENCE V+W / V+W LETTERS. The performance was about the correspondence of Voskovec and Werich, the famous founders of the Liberated Theatre in Prague, who had to flee fascist Europe. The text of this performance was taken directly from their letters, an insight to the artists’ attempt to comprehend a callous society full of iron curtains and cold wars. Using clowning techniques, the performers underscored the intellectual and spiritual world of the historical figures.

On Saturday, we presented NÁVŠTEVA EXPERTOV/ THE EXPERTS VISITING by Slovak group Studio 12. Based on playwright Egon Bondy’s personal experience with the environment of the secret services, the production focused on the practices of torture, confession, and the secret police. The show raised questions about human “normality,” making the viewer question their notions of human freedom and manipulation. The actors used shadows, cold cuts, and fake severed body parts to allude to carnal concepts of humanity. The production shocked and enticed the audience.

On the closing night of the Festival, Polish group The Dada von Bzdülöw Theatre presented INTRO. The dance heavy production drew inspiration from the Dada movement, framed by the political and social climate in Poland. The performance challenges the audience’s perception of identity and citizenship. 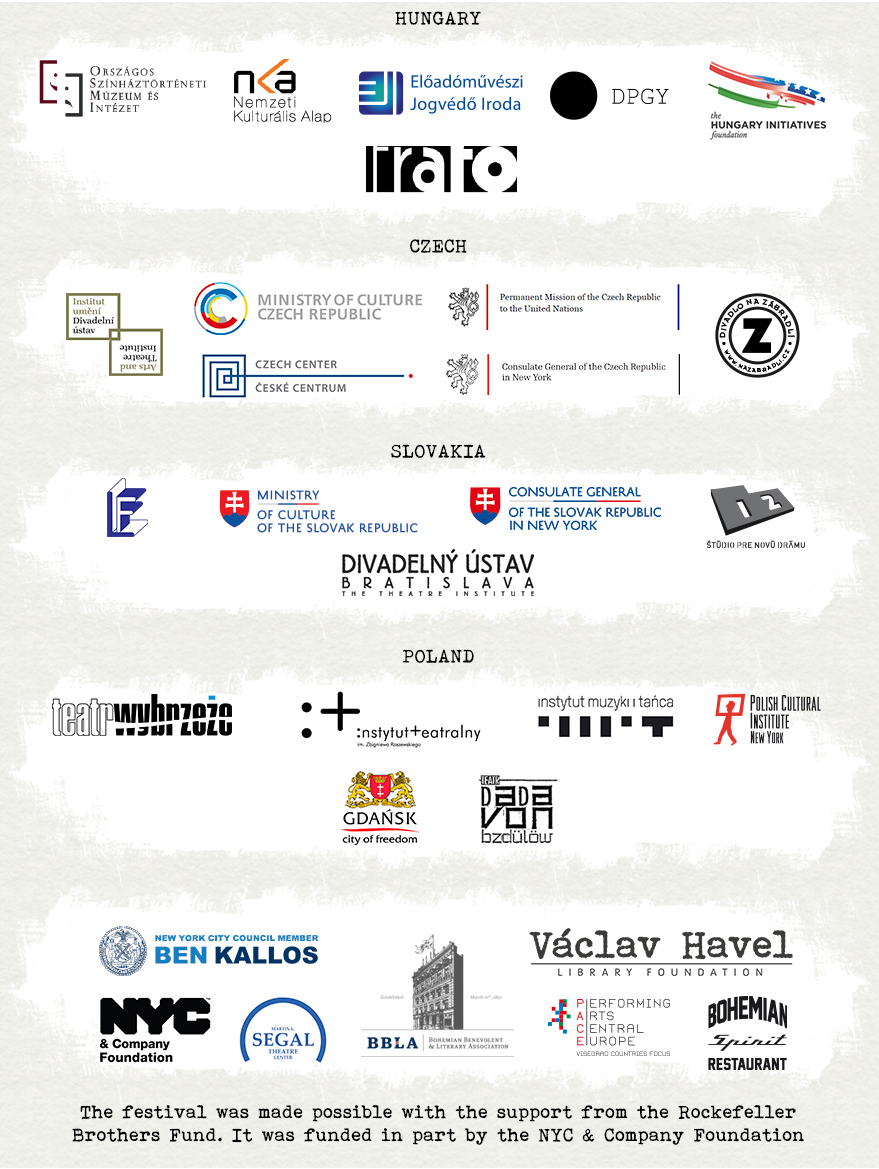