A bust of Václav Havel, the first president of the Czech Republic, was dedicated at a U.S. Capitol ceremony on Wednesday, November 19. 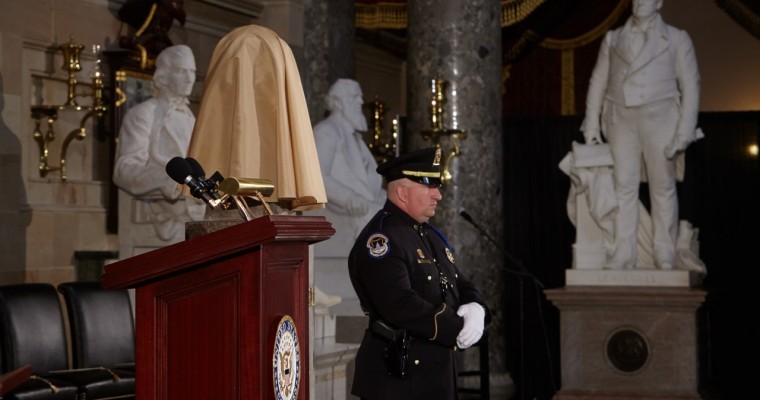 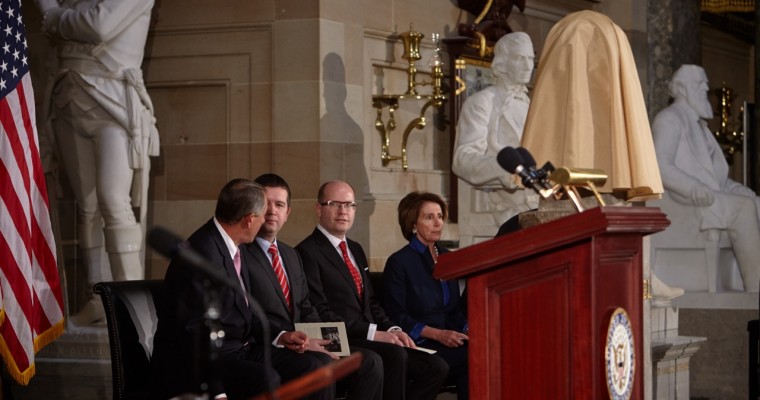 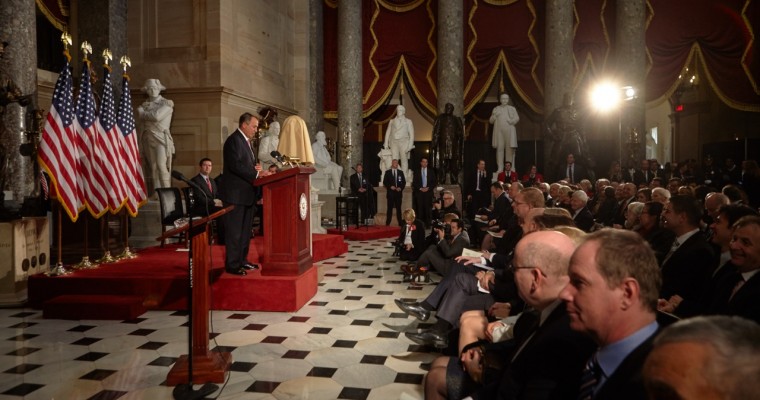 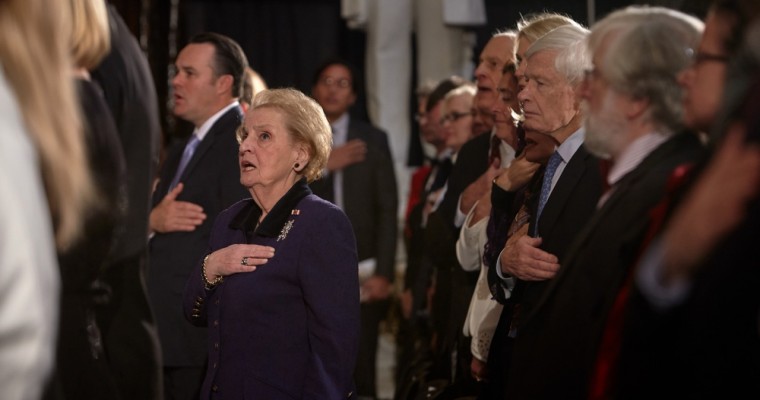 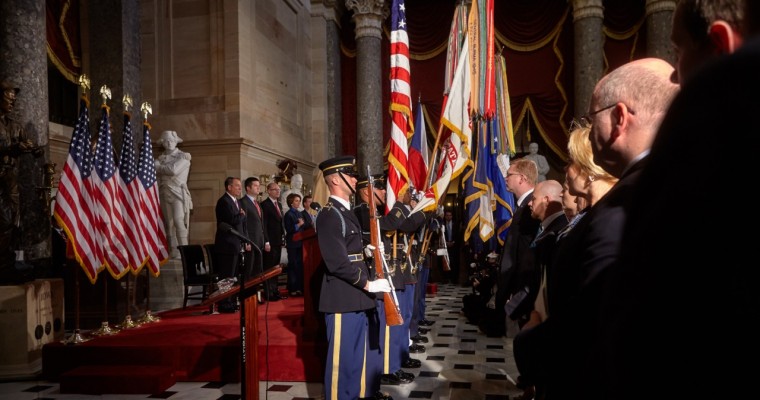 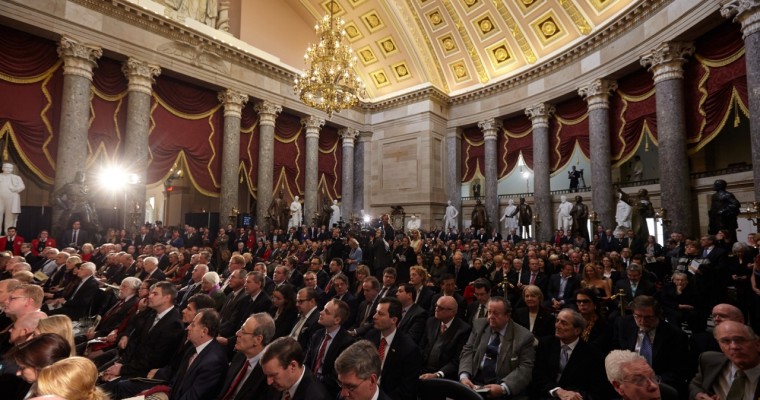 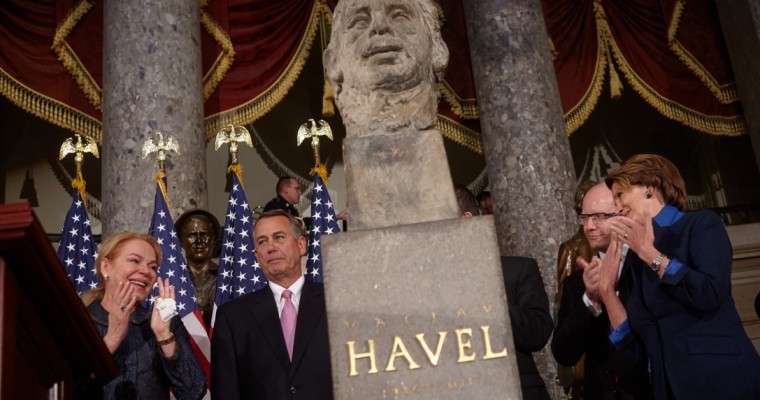 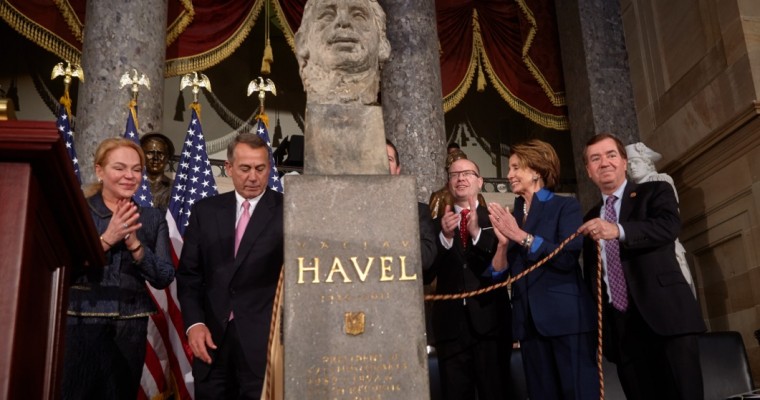 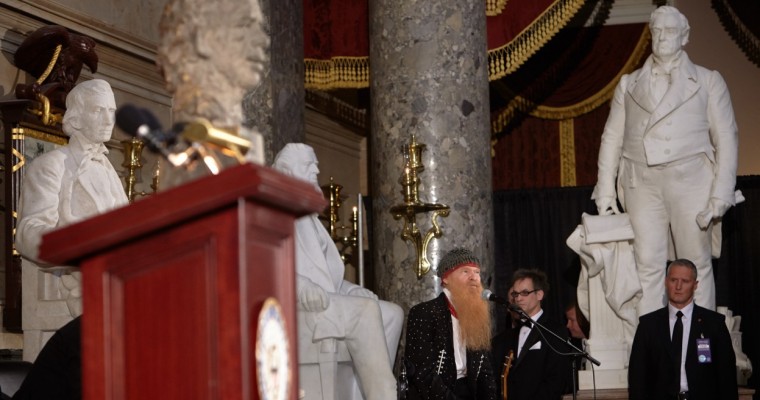 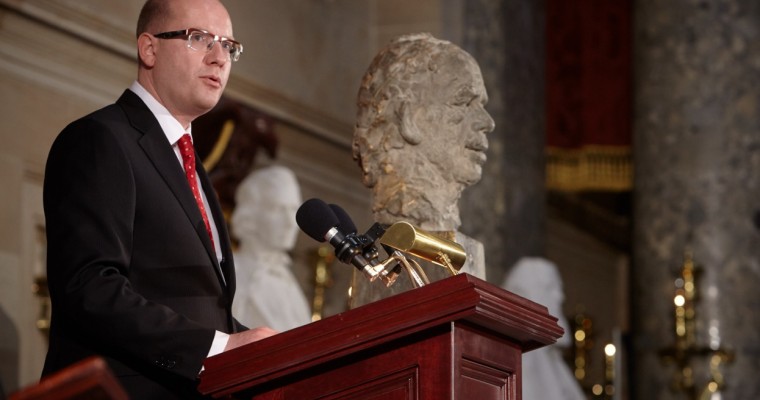 The official speeches were delivered by John Boehner, Speaker of the House, Nancy Pelosi, Minority Leader, and Congressman Ed Royce. The Czech Republic was represented by Jan Hamacek, Speaker of the Chamber of Deputies of the Parliament, and the Prime Minister Bohuslav Sobotka.

The bust was unveiled by Mrs. Dagmar Havlova, Havel’s artistic background was reminded by the performance of ZZ Top bandleader Billy Gibbons. The artist of the bust is the Czech-American sculptor Lubomir Janecka.

In his remarks, John Boehner said: “It takes guts to do these things. Especially when you don’t know how long it will take or how it will end. These men and women proved that the thirst for liberty never dies and that, with drive and sacrifice, it can transform the fortunes of a whole continent.”

“The unveiling of a bust of our former president is a great event for all of us. Vaclav Havel is the fourth European politician which has received such a distinction. The United States and the Czech Republic share values such as our faith in freedom and preservation of freedom and human rights. Vaclav Havel fought for the same things,” said Speaker Hamacek.

The Vaclav Havel bust was made possible thanks to the efforts of the Vaclav Havel Library Foundation in collaboration with the American Friends of the Czech Republic.