The talk will discuss Central Europe as it is portrayed in literary fiction and compare it with the reality of current affairs.

Jiří Pehe, PhD, is Director of New York University Prague and a faculty member at the Center for European and Mediterranean Studies at NYU in New York. He also teaches at the School of Social Studies of Charles University in Prague. Pehe emigrated to the US in 1981 and after completing his studies at the School of International Affairs at Columbia University served as Director of East European Studies at Freedom House in New York from 1985 to 1988. 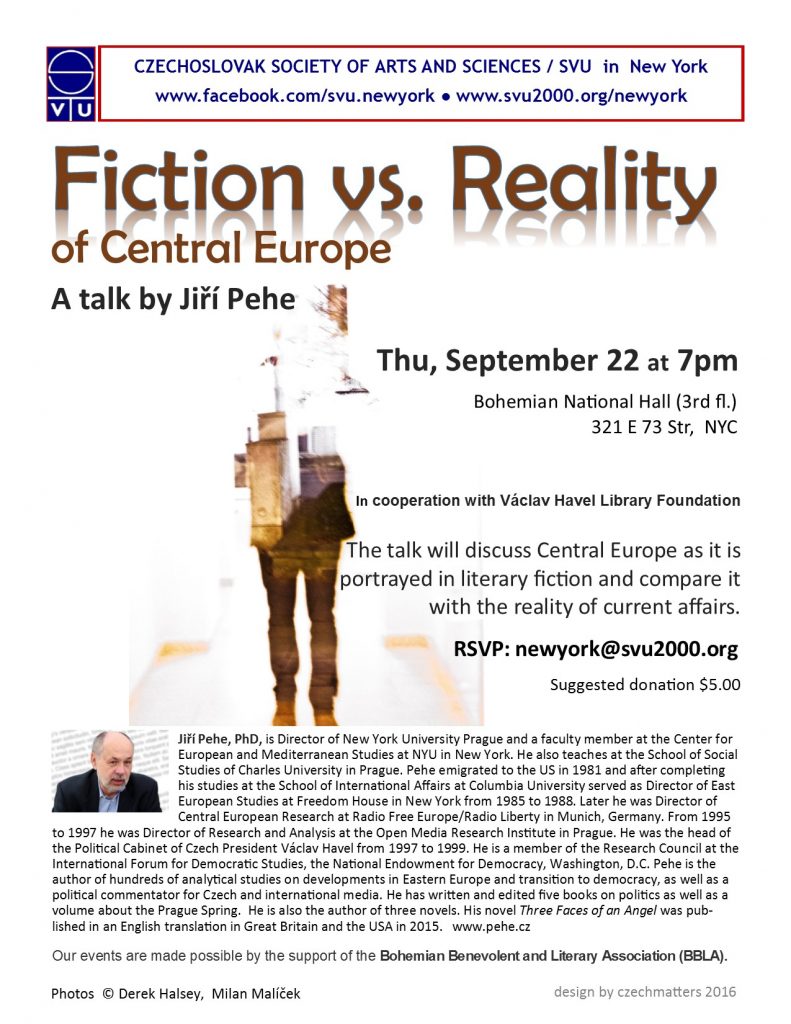 Later he was Director of Central European Research at Radio Free Europe/Radio Liberty in Munich, Germany. From 1995 to 1997 he was Director of Research and Analysis at the Open Media Research Institute in Prague. He was the head of the Political Cabinet of Czech President Václav Havel from 1997 to 1999. He is a member of the Research Council at the International Forum for Democratic Studies, the National Endowment for Democracy, Washington, D.C. Pehe is the author of hundreds of analytical studies on developments in Eastern Europe and transition to democracy, as well as a political commentator for Czech and international media. He has written and edited five books on politics as well as a volume about the Prague Spring.  He is also the author of three novels. His novel Three Faces of an Angel was published in an English translation in Great Britain and the USA in 2015.

Organized by Czechoslovak Society of Arts and Sciences (SVU) in New York in cooperation with Vaclav Havel Library Foundation.