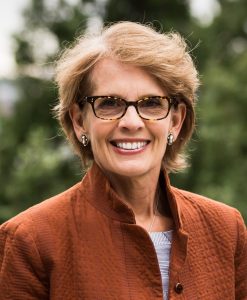 Lise Stone is a writer and editor with a focus on international affairs. A journalist and longtime public policy analyst, she served as expert adviser in the foreign policy department of President Vaclav Havel, 1996-1997. In Prague, she also taught a management course to undergraduates at the Anglo-American College.

She has worked in the public, private, and not-for-profit sectors as a writer and editor and has been published online and in newspapers including The New York Times. She has served as a member of the Board of Governors for the Off-the-Record Lecture Series of the Foreign Policy Association and was chair of the Speakers’ Committee. For VHLF, she drafted remarks for delivery by former U.S. Secretary of State Madeleine Albright at the 2014 Gala Dinner in Washington, D.C., celebrating the 25th anniversary of the Velvet Revolution. She served as district liaison for former U.S. Sen. Christopher J. Dodd and worked in New York and Connecticut as a journalist for The Associated Press. She holds a Master’s in Public Administration from the Harvard Kennedy School and is a cum laude graduate of Colgate University.