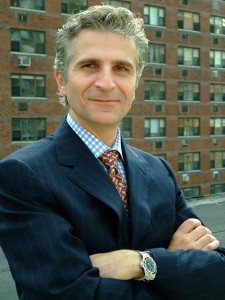 Joseph Balaz is the owner and President of J. Balaz Associates Ltd. (JBA), a New York City based construction project-management firm that specializes in unique high-end residential and specialty construction projects. The company works with a select clientele holding distinguished positions in the field of finance, philanthropy, and art.JBA performed a major multi-phase renovation of New York’s most famous recording studios, the Hit Factory, which in the past hosted such stars as Frank Sinatra, John Lennon, Stevie Wonder and later Madonna, U2, The Rolling Stones, Paul Simon, J-Lo, Michael Jackson, New York Philharmonic, etc. JBA was responsible for the building and renovation of studios, pre-production areas, and control rooms. Joseph is also a partner in the development of a coastal property called Red Head on Cape Breton, NS. He also owns Quantarex, Ltd., which sources technologies and provides consulting for construction projects, for example, the first “green” office building in Prague.

In December 2005 Joseph was elected delegate to the Bohemian Benevolent and Literary Association (BBLA) on behalf of the American Fund for Czech and Slovak Leadership Studies. He was then elected head of the committee responsible for the administration of Bohemian National Hall. In October 2006, he became President of the BBLA and participated in negotiations with the Czech government on the final phase of repairs to Bohemian National Hall. Under his leadership the BBLA and the Bohemian National Hall have become a major cultural institution representing Czech heritage in the United States.Joseph studied civil engineering at Czech Technical University in Prague. He enjoys art, travel and holds a private pilot license.