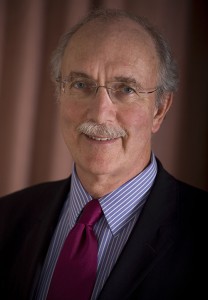 John Shattuck has been President and Rector of Central European University, and Professor of Legal Studies and International Affairs, since August 2009. From 2001 to 2009, Shattuck served as the Chief Executive Officer of the John F. Kennedy Library Foundation. He was also Senior Fellow and Lecturer on Human Rights and International Relations at the College of Citizenship and Public Service at Tufts University. From 1998 to 2000, Shattuck served as U.S. Ambassador to the Czech Republic, and from 1993 to 1998 as Assistant Secretary of State for Democracy, Human Rights and Labor. Previously, he was at Harvard University, where he served as Vice President for Government, Community and Public Affairs from 1984 to 1993, Lecturer at the Harvard Law School, and Research Associate at the Kennedy School of Government. Shattuck’s career began at the American Civil Liberties Union, where he was Executive Director of the ACLU Washington office and national staff counsel from 1971 to 1984.