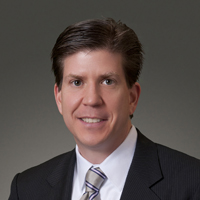 Elliot S. Berke serves as Managing Partner of Berke Farah LLP. Prior to founding Berke Farah LLP, Elliot served as a partner and as practice group co-chair at McGuireWoods LLP. He has been named by Chambers USA as a “Nationwide Best Lawyer” and by Washingtonian as one of “Washington’s Best Lawyers.” His diverse client base consists of federal and state elected and appointed officials, campaign committees, political parties, PACs, corporations, small businesses, trade associations, lobbying firms, public relations firms, nonprofits and individuals. He represents clients before congressional ethics and oversight committees, the FEC, the DOJ, and other and federal and state departments and agencies. He has represented the top four leadership positions in the U.S. House of Representatives – Speaker, Majority Leader, Majority Whip, and Conference Chair – as either in-house or outside counsel, and currently serves as outside counsel for Majority Leader Kevin McCarthy and Conference Chair Cathy McMorris Rodgers. He is a frequent speaker on political law, and his commentary has appeared in media outlets including NBC Nightly News, the Wall Street Journal, the New York Times, USA Today, Politico and the Washington Post.