Continuing in the same style as before, entries will be sent to a jury of acclaimed playwrights, critics, and actors. The winners will be announced sometime in the Spring of 2023. We look forward to reading submissions and announcing this year’s winner. Good luck to all entrants!

This Year’s Prompt:
In Vaclav Havel’s “Vanek Trilogy” (composed of Audience, Unveiling, and Protest), the semi-autobiographical character of Vanek is faced with the crushing constraint of being an artist and intellectual in a time of totalitarian regime. Through a series of absurd and comical interactions with his foreman at a brewery, friends in the city, and an old intellectual peer, he begins to see the psychological casualties the regime incurs.

This year’s Student Mini-Drama Contest’s theme pertains to Vanek’s Experiences — the retention of one’s personal and artistic values in the face of constricting familiar and distant authority — through the context of a quote from Havel’s most famous essay The Power of The Powerless: “Yet even in [totalitarian] societies, individuals and groups of people exist who do not abandon politics as a vocation and who, in one way or another, strive to think independently, to express themselves and in some cases even organize politically, because that is a part of their attempt to live within the truth”.

The contest is anonymous and entries should be sent in pdf format without the author’s name on the script to info@vhlf.org. The subject line should be “Vanek’s Experiences”. Authors should submit a separate sheet with all contact information including the title of the play, the name of your college or university, your graduation date, and your major, in an email titled “[Contestant’s Name] Contact Information.” The winner will be announced in April 2022.

Evaluation Criteria:
The Vaclav Havel Library Foundation will name the jury that will evaluate the creativity, thought-provoking story, understanding of the quote and the original way of applying it to current society as well as other common criteria such as clear structure and organization of the play and its effect on the audience.

Awards:
The two best entries will receive awards. One winner will receive a two-week residency at the Academy for Performing Arts in Prague (DAMU) with classes at different DAMU departments, visits to Prague theatres, a round-trip air ticket to Prague, and accommodation. The winner’s schedule at DAMU will be prepared individually according to their study focus and interests. The residency will take place in November 2023—around November 17th, the anniversary of the Velvet Revolution.

The other will participate in the Encounters, an international festival of theater schools organized by the Janacek Academy of Performing Arts in Brno (JAMU). The uniqueness of this festival with more than twenty-five years of tradition lies in the fact that the main organizers are students themselves.

DAMU is a modern, university-level school of the performing arts. It offers artistic personalities who have a broad cultural perspective and intense desire for profound learning the opportunity to integrate theatrical knowledge and skill with artistic experiment. DAMU is a highly selective school, providing professional education in all branches of theatre creation: acting, directing, dramaturgy, scenography, theory and criticism, theatre management, authorial creation, and drama in education in the fields of regular and alternative theatre, performance studies and puppetry.

The JAMU´s main role is to provide tertiary education in the field of arts (music, theatre, dance, and multimedia) in its accredited study programs. At the same time, it actively pursues academic research and publication while striving to develop international partnerships. Students and teachers also participate in various programs and take many opportunities to enhance their skills at partner foreign institutions With Erasmus+ alone, JAMU has contracts with c. 90 institutions from 30 countries.

The Author:
Vaclav Havel (1936-2011) was a playwright, political dissident, and the former president of Czechoslovakia and the Czech Republic. He became well-known as a dramatist in the 1960s when his plays The Garden Party and The Memorandum were seen on world theatre stages. In the 1970s, he was one of the authors of Charter 77 – a manifesto calling for the Czechoslovak government to adhere to the human rights provisions of the Helsinki Agreement. In 1989, he became the leader of the two-month long Velvet Revolution, which culminated in his ascension to the Presidency of the re-established democratic Czechoslovakia.

The last year successfully saw three winners complete their residencies, each reflecting on the profundity of their experience:

Cole Kordus (Winner ‘19)
“I can honestly say that this was the best trip I’ve been on as an adult…I met many international students and befriended a few of them, while discussing everything from theater to modern-politics and news.” 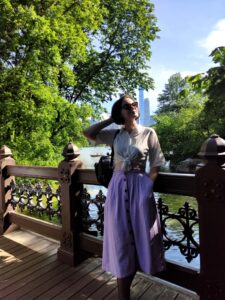 “I was able to meet closely some of the cast during the rehearsals of my text. A special place in my heart is reserved for Ellis Stump, the director and the previous winner of the Playwriting Contest. We immediately liked each other. The whole team did such a great job and created for me one of the best memories from this year.” 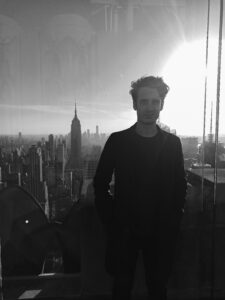 Tomas Ralis (Winner ‘19)
“I am really glad that I had been thrown by circumstances into the rehearsing process of some starting school project which was based on collective work where everybody is crossing borders of acting and directing.