Cole Kordus, 2020 graduate of the University of North Carolina – Chapel Hill, is the first U.S. winner of the annual contest for best mini-drama to participate in Encounter, an International Festival of Theater Schools in Brno, Czech Republic 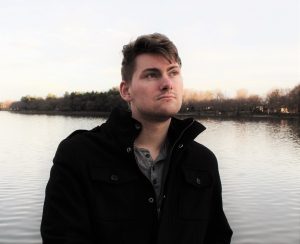 The Vaclav Havel Library Foundation is proud to extend our contest for best mini-drama based on Havel’s writings; we are beginning a collaboration with the Janacek Academy of Music and Performing Arts in Brno, Czech Republic. The first U.S. student to travel to the acclaimed international festival of theater schools, Encounter, organized by the Brno Academy, is 2020 graduate from the University of North Carolina – Chapel Hill, Cole Kordus. His play Connection/Less was selected as the best submission by the Academy jury.

A storyteller at heart, Cole has been writing long and short form fiction since he was 11 years old. He grew up in a rural town in North Carolina, where writing quickly became his favorite form of escapism. Self-publishing his first novel at the age of 14, Cole has several more novels in the works and has had several short stories published through online magazines. While attending University, he studied Theatre, the Russian Language & Culture, and Film, writing, directing, and editing several of his own short films, while seeing several plays he wrote produced by various student theatre companies. With interests in politics, social trends, science fiction, and fantasy, Cole tries to imbue this in his works; creating character-focused stories that attempt to eschew stereotypes and the traditional stories we tell ourselves.

The Janacek Academy of Music and Performing Arts Brno (JAMU) is a public higher education institution founded in 1947. The JAMU´s main role is to provide tertiary education in the artistic fields (music, theatre, dance, and multimedia) through its accredited study programs. At the same time, it actively pursues academic research and publication while striving to develop international partnerships. Its mission is to “present itself as a healthy and dynamic environment that encourages young people to create and be creative. We search for talented individuals in the coming generation and give them free space to formulate their views.”

From the judges’ citation:

“The play Connection/Less, based on a dramatic model situation, builds thoroughly the story and offers refined twists and surprises. It painfully displays the world of alienated people in current society, developing the themes of Havel’s plays in the context of our reality. At the same time, the author presents excellent detailed observation and clear message based on careful and perceptive knowledge of the world in which he’s living… The naturally flowing language and dexterously constructed scenes are the things I appreciate the most about the one-act play Connection/Less. Its author in a small space skillfully holds a mirror up to the contemporary society.”